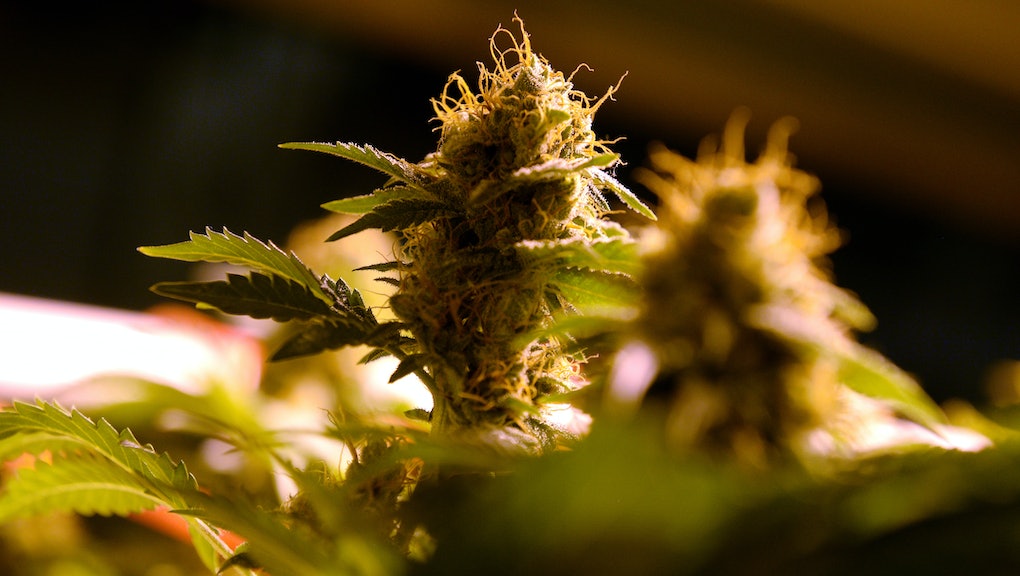 Marijuana legalization hit a number of major milestones in 2014, and it's showing no signs of letting up.

In November, Alaska and Oregon joined Colorado and Washington as states that allow the consumption, sale and taxation of marijuana. Growing national support, increasing nonchalance on the federal level and the financial success of state-based legalization has drug policy observers predicting that marijuana will be breaking new ground in states across the country in the next few years.

Here's where the fight for legal marijuana is headed in 2015 and beyond, broken down by the path to legalization:

Between 2015 and 2017, a few states could make history by legalizing marijuana through their state legislature. Rhode Island, Vermont and Maine are the most likely to do so, according to Allen St. Pierre, the executive director of the National Organization for the Reform of Marijuana Laws.

Other states that could take this route are Delaware, Hawaii, Maryland and New Hampshire.

State ballot initiatives are on the horizon.

In the 2016 elections, all eyes will be on California, whose exceptionally lax attitude toward medical marijuana access has rendered it quasi-legal since the 1990s and helped pave the way for the national legalization movement.

Arizona, Maine, Massachusetts and Nevada are expected to have ballot measures for legalizing as well, according to Rob Kampia, the executive director of the Marijuana Policy Project. A measure on Missouri's ballot is less certain, but possible.

When sizing up the prospects of successful ballot measures in 2016, it's important to note its status as a general election year. Compared to this year, a younger and more generally liberal electorate will be headed to the voting booths, boosting the likelihood of successful measures.

Federal reforms are picking up steam.

There's been a surge in activity on Capitol Hill that could lead to some significant reforms on the federal level. While the recently passed "cromnibus" spending bill effectively blocked Washington, D.C., from implementing its own voter-approved legalization plan, the law also included a provision that would end the federal government's crackdown on medical marijuana in states where it is legal.

"States will continue to reform their marijuana laws, and Congress will be forced to accommodate them. It's not a question of if, but when, federal marijuana prohibition will be repealed,"  Drug Policy Alliance national affairs director Bill Piper said at the time.

One bill introduced in the House would allow doctors with the Department of Veterans Affairs to recommend medical marijuana to veterans, which could potentially provide relief to thousands of veterans suffering from post-traumatic stress disorder. Another would prohibit the government from seizing property unless a person has been convicted of a crime, which would help protect dispensaries from federal raids. Broadly speaking, marijuana reform bills are seeking to resolve conflicts between state and federal laws by limiting the federal government's power and deferring to individuals states' regulations.

The years ahead: According to Kampia, marijuana could theoretically be legalized in 15 states and Washington, D.C., by the end of 2017. That affects a quarter of the nation's population, and it doesn't include the legal medical marijuana that will likely be available in three more states at the time. While it's unlikely that all of these will pass, the momentum from 2014 is real.

Add the possibility that it could become a hotly debated policy domain in the presidential elections in 2016, and there's reason to think marijuana's normalization will be accelerating in the near future.