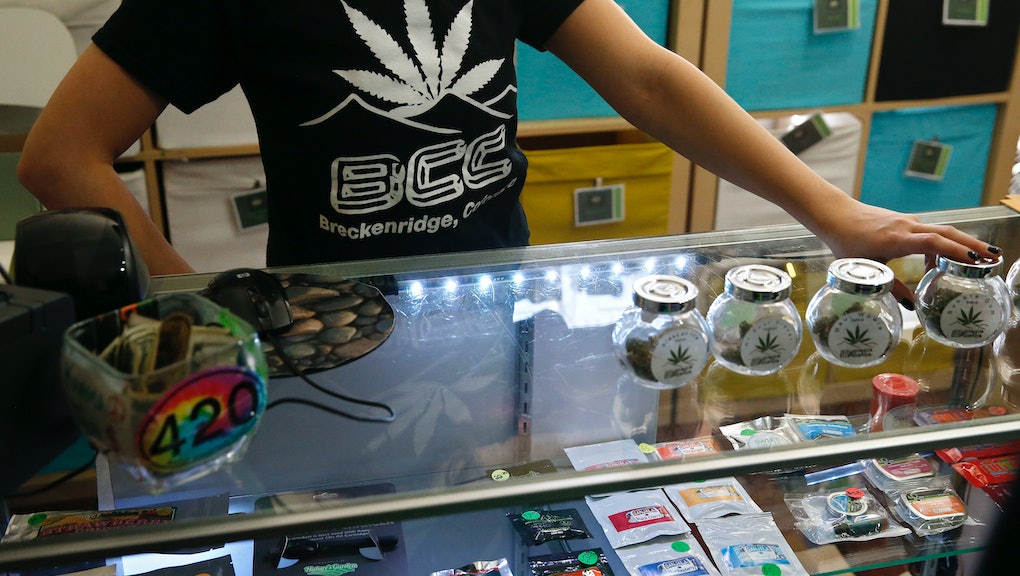 These Two States Are Suing Colorado Over Marijuana Legalization

Legal marijuana in Colorado is in jeopardy because, essentially, it's pissing off the neighbors.

Oklahoma and Nebraska are suing Colorado over its legal weed, saying that it's raising law enforcement costs thanks to marijuana-related crimes coming over the border. One top of that, the two states are calling legalization unconstitutional, since the federal government still outlaws the drug.

The background: The federal government has allowed states to legalize weed as long as they follow certain rules, including making sure marijuana doesn't cross borders into states where it's still illegal.

Oklahoma and Nebraska are accusing Colorado of letting exactly that happen. They're claiming that marijuana is being trafficked into their states and, along with other related crimes like stoned driving, forcing them to spend more money on patrolling the border.

What it means: It's unlikely that the lawsuit will result in the federal government outlawing marijuana in every state, given the Obama administration's current support for states that do vote to legalize.

But it could create a precedent for future cases of neighboring states with different legal views on the drug. Washington, for instance, also has legal marijuana. If Idaho's unhappy and sees that Nebraska and Oklahoma's lawsuit is working, it might decide to do the same.

We already have an example of government forces attacking legal marijuana outside their own jurisdiction; Republicans, led by Rep. Andy Harris (R-Md.), want to block Washington, D.C., from allowing weed.

While it has seemed like marijuana has scored victory after victory, this is a helpful reminder that legalization doesn't work like dominoes. Things are going to be messy, and it may be a long time before these kind of arguments stop.