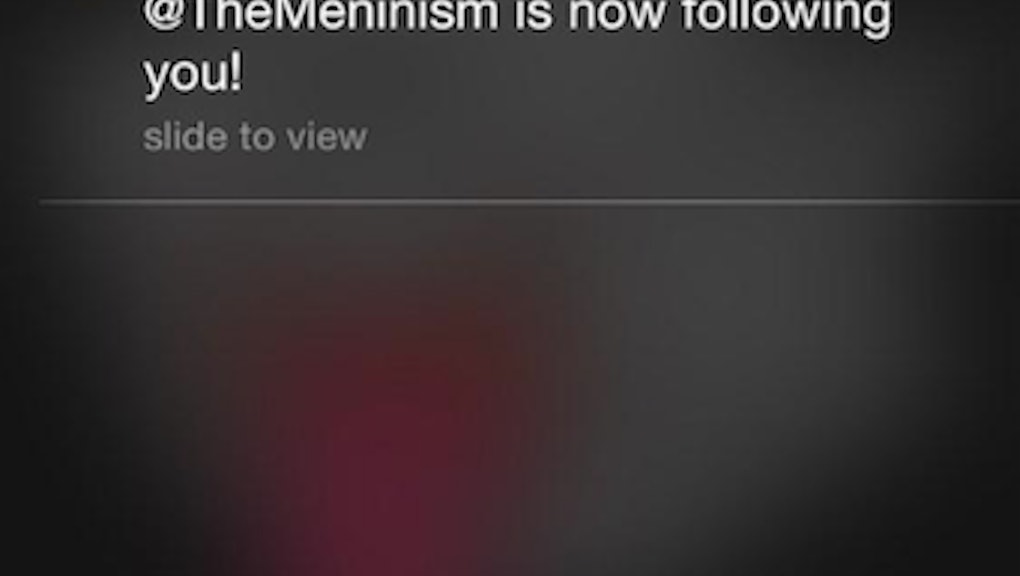 #Meninist Tweets Are the Hilarious Anti-Feminist Gift Nobody Asked For

Men's rights activists have morphed into a new entity — and it's very punny.

Cleverly playing off the word "feminists," men's rights activists have grown into a new incarnation: "meninists." And these meninists have started a new hashtag campaign to further promote their fight for equal rights.

This group of "activists" — using hashtags like #MeninistTwitter or #Meninism, and operating under handles like @MeninistTweet and @TheMeninist — have appropriated hashtags originally meant as a satirical dissent against feminism (think the sibling to parody anti-feminist Twitter account Women Against Feminism) and turned them from witty to vitriolic.

The hashtag campaign has adopted the hateful tenor of men's rights activists, who believe that men are the oppressed gender, and has expressed the same amount of misogyny found in other online forums, such as those perpetuating GamerGate.

"Equality," in their terms, translates to nothing short of sexism. Like video blogger Kat Blaque said in her vlog responding to the hashtag, the whole thing is worthy of the holidays: "fascinating" and "depressing."

Needless to say, some of the tweets are pretty hilarious, too.

With all that women are fighting for these days, sometimes laughter is the best medicine — for stupid, for sexism and for all of the above.

Although, if you are a bit angry from all this meninist nonsense, feminists on Twitter hear you:

On that note, perhaps the best way to respond to meninism and the correlative hashtag campaign is by not responding at all. Silence, then, may be the golden strategy for disempowering the movement — out of sight, out of mind.