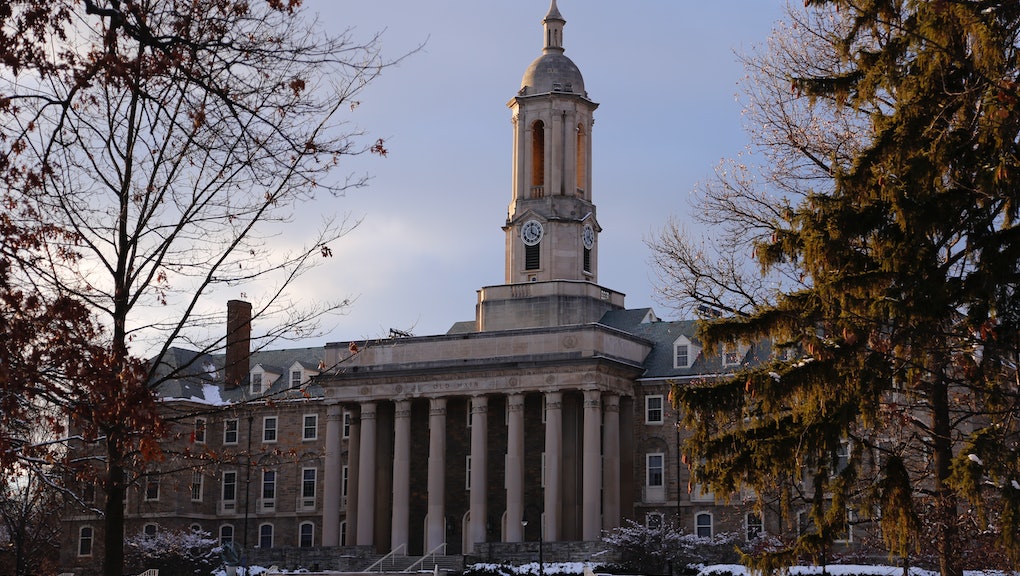 The cost of college in 9 other countries: priceless — literally.

College costs in the U.S. have risen by more than 1,122% since 1978, Mother Jones reports. That's a rate that far outpaces inflation, as well as the cost of other goods and services over the same period. To put this increase into perspective, the cost of medical care has jumped by 600%, while housing and food costs have gone up by less than 300%.

These massive spikes in college costs are leaving students — and their wallets — in the dust. Some students are opting out of higher education because they cannot afford it. Others are taking on an amount of debt that will be more than 65% of their salary their first year out of graduation. The average debt for a college graduate is $29,400.

And costs only keep going up. If the U.S. wants kids to keep going to college, it needs to figure out how to cut the debilitating debt that comes with a college education. These nine countries have solved the problem, and we should take note. If that doesn't happen, maybe American students should consider the following options.

Higher education here is free, even for international students. The rationale? As Hamburg senator for science Dorothee Stapelfeldt said, "We got rid of tuition fees because we do not want higher education which depends on the wealth of the parents." Seems reasonable enough.

Finland offers free classes and quite a few English-speaking options, just like Germany. However, for foreigners, tuition is the only cost that they'll foot ­— room and board are on you.

School in France isn't necessarily free, but its public schools are pretty affordable, especially in comparison to U.S. universities. While private universities can be pricey, it's possible to go to a public university for about $200.

While only Ph.D. programs are free in Sweden, its 900 other English-language programs at 35 universities are "some of the world's most cost-efficient college degrees."

International students can go to school in Norway for an education comparable to that given by U.S. colleges for absolutely no cost. But although the price tag, small class sizes and friendly professors sound promising, there is one caveat to going to college in Norway: The country has "one of the world's highest costs of living for expats," the Washington Post reports.

The only fee students pay to attend one of Slovenia's 150 English-speaking programs is a small enrollment fee. However, the Washington Post points out that there weren't any Slovenian universities in a recent world university ranking.

Brazil too only charges minimal registration fees to attend college. However, its offering of English-language courses isn't as expansive as that of some other countries, making it a better destination for a travel abroad experience than for getting a degree.

Although the tiny landlocked nation only has one university in the country, the University of Luxembourg, it offers classes in French, German, and English and has 6,157 international students from 107 different countries, none of whom are charged tuition.

Iceland's four public universities don't charge tuition. However, at this point only 5% of students are from outside of Iceland, though that number is steadily growing alongside the number of English courses offered.

We could do this too: The U.S. could easily make this list if it restructured its education budget and placed a cap on rising college costs. ThinkProgress reports that the U.S. currently spends $107.4 billion on student loans and another $69 billion subsidizing college education. But when the tuition at all public universities is totaled, the sum lags far behind those numbers, at around $62.6 billion in 2012.

Considering these numbers, ThinkProgress reports, "by restructuring the education budget, the cost of attending public universities could easily be brought down to zero." Moreover, this decision would pressure private universities to lower costs to be more competitive, which would hugely benefit students.

So the question for reforming America's exorbitant college costs isn't whether it can be done; these seven countries prove that it can. We need to decide when these changes will be made. Considering the ever-increasing tuition costs and the crippling student loans rates in the United States, we need to take action sooner rather than later.