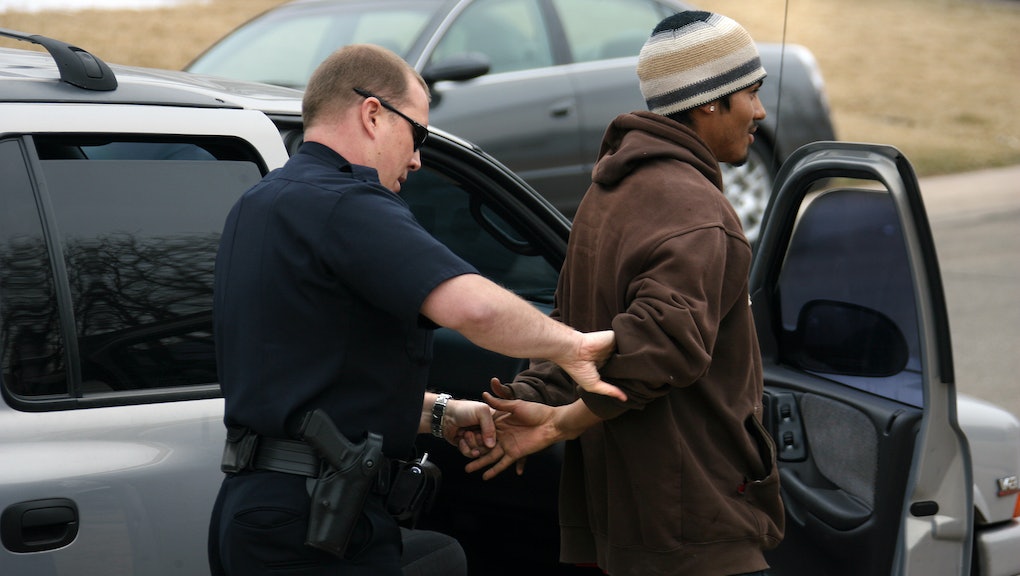 Among the municipalities named in the suit is Normandy, where the family of Michael Brown buried their 18-year-old son, who was shot and killed by a police officer in nearby Ferguson this summer. Blacks and other minority residents in the area have long complained of being unfairly targeted with fines and summonses during traffic stops and in subsequent court appearances.

Ferguson has not yet submitted its annual traffic ticket revenue report, so Koster could not say if police there had violated state law.

The background: According to statute — the 1995 "Macks Creek" law — a city cannot raise more than 30% of its budget via funds derived from traffic fines. Anything more must be forfeited to the state. All 13 cities named had exceeded that number.

"The Macks Creek law was enacted to protect Missourians from predatory traffic ticketing," Koster said in a statement released Thursday.  "As we continue to identify areas for reform, an important first step is to require St. Louis County municipalities to follow the Macks Creek law to the letter."

This lawsuit comes months after the Ferguson city council, under intense scrutiny following the Michael Brown shooting, decided to reform a municipal court penalty structure, which, the New York Times reported in September, was "unfairly targeting low-income blacks, who had become trapped in a cycle of unpaid tickets and arrest warrants."

Fines for missed court appearances and traffic tickets, and late fees tacked on to late or unpaid fines, were Ferguson's second largest source of revenue in 2013, accounting for $2.2 million of the city's $18.62 million in revenue, according to a Bloomberg review of municipal budget documents. This is in a city where more than 1 in 5 residents are living below the poverty line, and courts are issuing more than 1,500 arrest warrants for every 1,000 people.

Unfairly targeted: "These are people who make the same mistakes you or I do — speeding, not wearing a seat belt, forgetting to get your car inspected on time. The difference is that they don't have the money to pay the fines," Thomas Harvey, a co-founders of St. Louis advocacy group ArchCity Defenders, told the Washington Post in September. "So they just get sucked into this vortex of debt and despair."

The attorney general's lawsuit, taken in the context of Ferguson's recent need for reform, is more evidence that St. Louis County, much like other large American cities, are increasingly gouging their poorest residents to feed local governments struggling for cash. And with wealthy, mostly white residents moving farther away — and taking their taxable income with them — the only way to blunt the driving force behind these predatory practices is a politically unappealing push for reform to state tax codes.