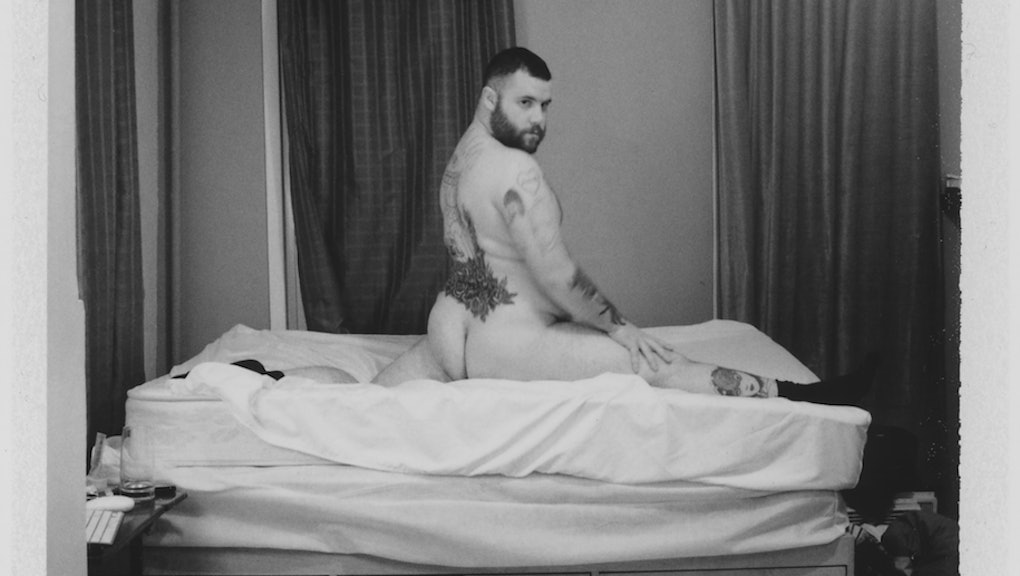 Benjamin Fredrickson has discovered a powerful tool in the fight against queer sex worker stigmas: his camera lens.

The photographer's honest and often-graphic images capture his years as a sex worker in the Midwest and, in the process, his seroconversion (the time period in which a person produces detectable HIV antibodies). The resulting images provide a hauntingly raw depiction of intimacy that questions heteronormative assumptions about queer life.

Breaking the mold: Fredrickson began the photo project in 2005 — prior to becoming a sex worker — because he was unsatisfied with the way media portrayed queer bodies. "I began photographing my friends, acquaintances, hook-ups and [myself]. We didn't fit the mainstream 'mold,'" he told Mic.

It wasn't until the series was underway that Frederickson became involved in the sex industry. "As the project progressed, I became a sex worker, which inspired me to document my sex life more thoroughly and helped to finance the project," he said. "It was a really interesting time in my life. And after testing positive for HIV, the project morphed once again."

Fredrickson's photos help shatter stereotypes. They depict a wide range of bodies in different states of undress, destroying any misconception that all queer bodies look alike. His subjects, while all posed vulnerably, vary in appearance. Some are youthful, muscular and bare, while others appear more mature and are tattooed.

These photographs likewise help dismantle the stigmas against queer sex workers, a group that is doubly marginalized for its occupational choice and sexuality. While the media may portray gay male prostitutes as shady characters lurking around truck stops, Fredrickson's photos provide a refreshing alternative, one of familiarity and intimacy.

Jump-starting important conversations: "The response has been great. The photographs touch on topics that might be uncomfortable for some, but [are] definitely worth confronting and discussing," he told Mic. "I am happy to be able to make photographs [that] create a dialogue."

The photographer's intersectional identities — queer, sex worker, HIV-positive — aren't ones easily or quickly embraced by American society. This is exactly why we need his photography: to help shift cultural attitudes toward stigmatized communities and promote the idea that everyone, regardless of his or her lifestyle, deserves to be seen.