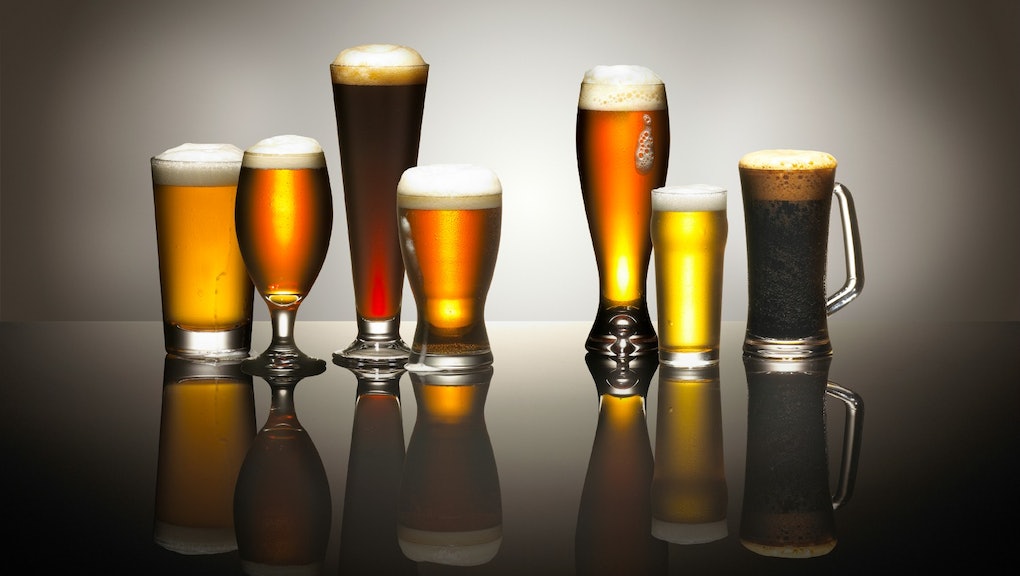 Bad news, beer lovers: Fracking may be killing some of your favorite brews.

The problem: In fracking, a slurry of water, sand and chemicals is shot into the earth to rupture the rock and release trapped natural gas. The process has proven an efficient alternative to conventional oil drilling, but the it can potentially pollute underground drinking water with a chemical slurry and radioactive materials naturally occurring in the earth. As a result, the water resources that go into popular regional beers could be affected by extensive nearby fracking.

"We can count plenty of brewers (and vintners, and farmers) among the concerned — and with good reason," explains Grist. "Beermasters depend on the unique qualities of their local waters to add that certain something, whether it's crisp hoppiness from high calcium levels or smoothness from soft water; if you have to start treating polluted water, you might lose some of the je ne sais quoi in the process. If the contamination is too bad, of course, you can't use the water at all."

What exactly does this look like? The map below, developed by FracTracker and based on data from The Beer Mapping Project and the Pennsylvania Department of Environmental Protection, shows just how close some fracking sites are to Pennsylvania's breweries. The state's breweries are marked in yellow, with fracking wells and well permits labeled in red and purple. You can explore the entire interactive map here.

"Some Pennsylvanians have started to ask whether the state's widespread drilling for oil and gas could damage one of Pennsylvania's most notable exports: beer," writes the Washington Post's Ana Swanson. "Pennsylvania is home to D.G. Yuengling & Son, America's oldest brewing company, as well as brands like Victory Brewing Company and Weyerbacher. Of course, simply being located near a drilling site does not necessarily mean the brewery's water is contaminated, but it increases the risk."

But it's a clear enough risk that beer brewers are voicing their concern. Grist notes that the owners of Brewery Ommegang in Cooperstown, New York, have spoken out against fracking in the state and even speculated about moving or shutting down if the risk to the brewery's water supply proved too great. Similarly, Brooklyn Brewery has lobbied the state to prohibit fracking for years. Luckily for both brewers, Gov. Andrew Cuomo moved to ban the practice in New York on Thursday.