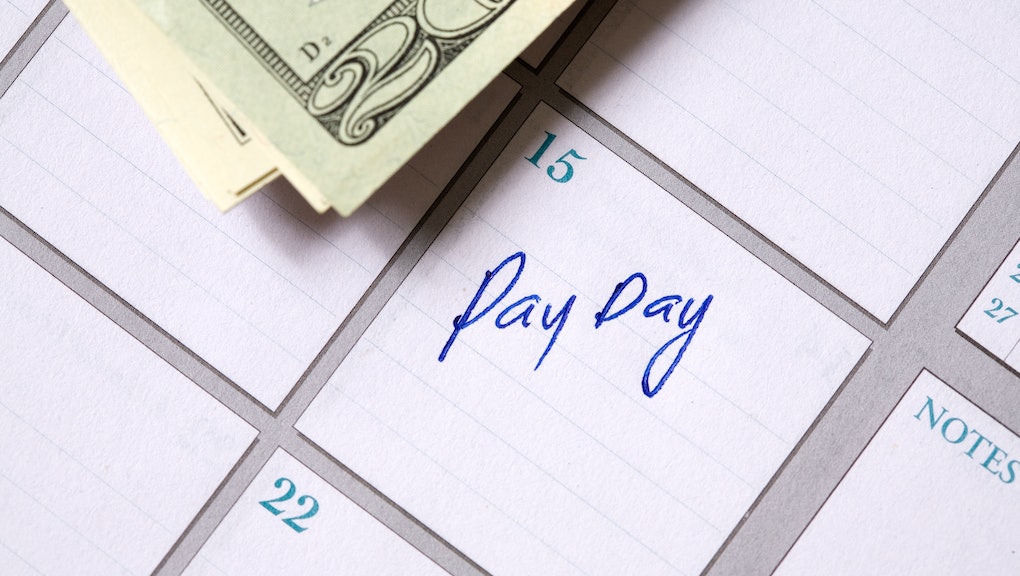 There are times when good news is bad news. On the first day of 2015, the minimum wage in 20 states will rise. That's a historic number in the absence of a federal bump, according to the Economic Policy Institute. Surely this should be a cause for excitement.

But the increase also marks the first time since 2008 that so many states' minimum wages will be above the federal minimum. It's a sign of Washington's negligence of the federal minimum wage, which hasn't been raised from $7.25 an hour in over half a decade, despite its self-evident inadequacy. Many states are taking steps to compensate and making efforts to patch up the gaping hole that stagnant wages have torn in workers' pockets.

A boost for millions: According to the EPI, wage increases in nine states are automatically scheduled for 2015. That's because the minimum wages in those states are indexed for inflation; they're designed to rise to match the increased cost of living over time. (The number of states that will adjust annually increases to 15 as of next year.) In 11 states, wages are getting a boost from legislation passed by state legislatures or voter-endorsed ballot measures.

As of next year, 29 states (plus Washington, D.C.) and a number of smaller municipalities will have minimum wages above the federal minimum wage of $7.25 per hour, as this map from EPI shows:

Is it enough? While there's no doubt that these wage increases are important for the welfare of low-wage workers across the nation, the numbers are less compelling when they're put in historical perspective.

As of January, the minimum wage for workers will range from the federal minimum of $7.25 per hour (if a state's minimum wage is less than the federal, they receive the federal wage) to Washington state's $9.47 an hour. But even Washington's maximum is quite low when considering the bigger picture.

As economist John Schmitt pointed out in 2012, by all standard benchmarks, the federal minimum wage peaked in 1968. If the minimum wage had consistently been adjusted for inflation according to the Consumer Price Index, it would have reached $10.52 by 2012. Or, to take another measure, if the minimum wage in 2012 matched the percent of average production worker earnings in 1968, it would've been $10.01 per hour.

But perhaps most critically, if the minimum wage kept up with gains in productivity — the increase in the economy's output due mainly to technological advances — it would be over twice as high:

A wage of $21.72 per hour is not inconceivable. It is in the same ballpark as the kind of wage that Denmark pays its fast-food workers while maintaining profitable fast-food restaurants and a healthy economy.

As a policy domain, the minimum wage has enjoyed an enormous spike in attention in the past year, and the national agenda has seen a switch from ad hoc incrementalism to a populist demand for a minimum of $15 per hour. Retail workers and fast-food workers rallied around this wage (alongside union rights) at a number of high-profile, and this year saw San Francisco and Seattle adopt laws that will raise their minimum wage to $15 per hour.

In the scheme of the last half century, that's not asking for much.