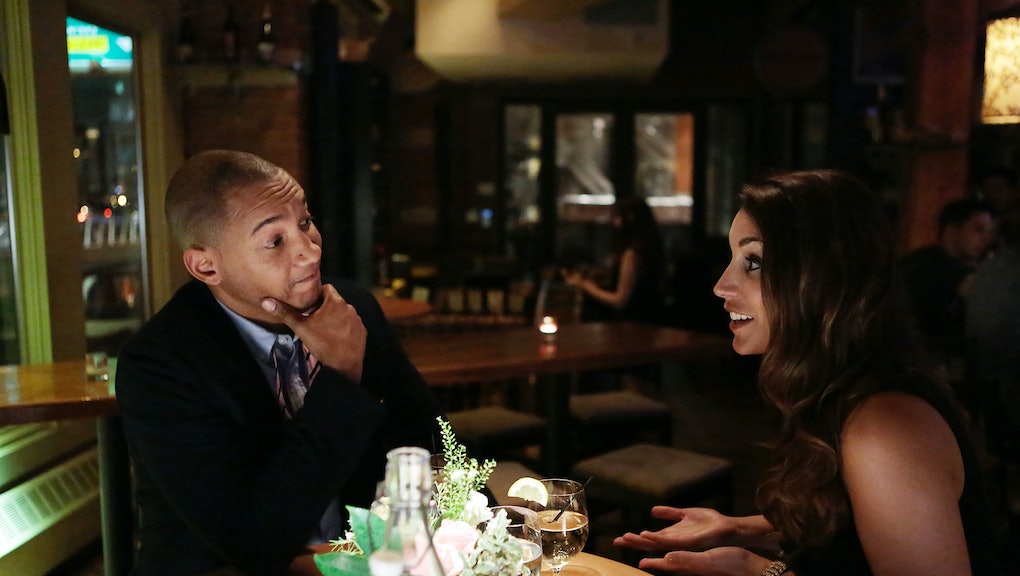 We are officially living in a world where meeting online is the norm. More than half the American public says that online dating is a good way to meet people, about 40 million people use online dating services at any given time and there are even reports that as many as one-third of current U.S. marriages began online.

But is there still any advantage to finding love the old-fashioned way? Definitely. In fact, meeting someone through a personal connection rather than an Internet connection might still be the best way to do it.

The study: According to research from Cornell University and the University of Indianapolis earlier this year, people who met their significant other through friends, family or community, as opposed to at a bar or online, not only had "stronger ties," but got positive reinforcement that their organic way of meeting was more "socially acceptable."

On the other hand, the study found that couples who met online were self-conscious about their unions, despite the fact that the stigma against online dating has been shrinking for years. The problem: They didn't have the built-in backing of friends or family, since they didn't meet through in-person connections. "Our results suggest that those who meet via weak ties perceive lower levels of support for their unions," the researchers report in their abstract.

Feeling supported and proud of your relationship can profoundly impact the relationship itself. "If you meet where there's a supportive social network, you receive encouragement to continue and deepen the relationship – especially when friends or colleagues say: 'We knew you guys were right for each other,'" explains Cornell's Sharon Sassler.

Conversely, concern that your union doesn't have a legitimate foundation might make it easier to question the entire thing when relations get rocky. The coupledom might be even more susceptible to doubt if it wasn't initially formed over a shared real-life experience, like school, a job or volunteer work.

Mutual friends matter. The aforementioned study certainly doesn't prove that every couple that met online is worse off — in fact, when it comes to the success of relationships that begin online, the data is conflicting. Certain studies (including ones funded by the dating sites themselves) report that marriages that originated online have higher rates of martial satisfaction. Other studies report the opposite, including one out of Michigan State University that found that of 4,000 married couples, those who met online were three times more likely to end up divorced.

But what seems fairly clear is that people still prefer to meet through preexisting social ties — even if the initial connection happens over a Wi-Fi connection. The popular dating app Hinge has, er, hinged its entire business plan on this fact. By only connecting its users to people with whom they share mutual Facebook friends, Hinge minimizes the feeling of randomness. It may be still considered "dating online," but at least it's with someone that a friend or colleague could give a stamp of approval on.

In fact, a Hinge representative informed Mic that users who are closely connected to one another through friends are more likely to swipe right. (Tellingly, Hinge has seen 500% growth in users since January and just received a huge new round of funding.)

No, you don't need an app to find love. Apps certainly help when the opportunity to meet someone IRL is limited. But when it is possible, there's a lot to be said for meeting "the old-fashioned way" through friends, family or community. The benefit goes beyond side-stepping "randos" and avoiding connecting with shady characters; you might also more comfortable with a supportive network of people.

And, comfortingly, it's still how most people meet. According to a 2012 study led by Stanford sociologist Michael Rosenfeld, reported the Wall Street Journal, nearly 30% of straight couples meet through their friends.

To all those still holding out, with no Tinder or OkCupid profiles to their names, there is definitely hope. Holding off on online dating might be the best decision you ever make.