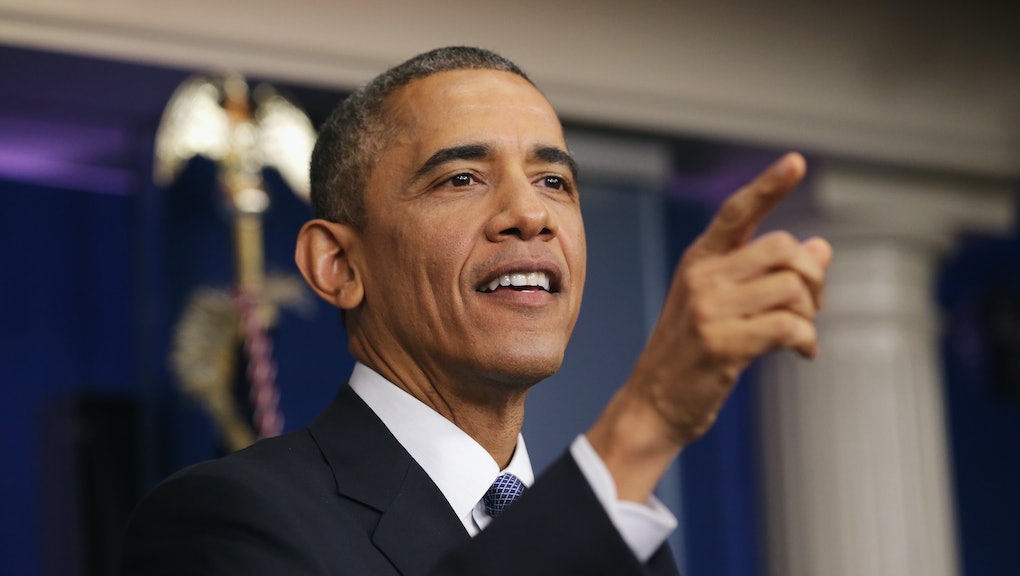 President Barack Obama's annual end-of-year press conferences are usually relatively laid-back affairs, with the president and the press corps alike eager to get a start to the holiday break.

After a brief comment on the economy, Obama fielded queries on the Sony cyber attacks, Cuba and more from eight women — and no men:

The deliberate decision to call on only female reporters was a subtle gesture but a big deal. While there is no shortage of talented women in political journalism, like in many other sectors they're often crowded out of highly ranked and conspicuous positions due to individual and institutional prejudice.

"The fact is, there are many women from a variety of news organizations who day in and day out do the hard work of covering the president of the United States," White House Press Secretary Josh Earnest said after Obama's press conference. "As the questioner list started to come together, we realized that we had a unique opportunity to highlight that fact at the president's closely watched, end-of-the-year news conference."

Members of the media flooded Twitter with excitement about the slyly subversive move:

This is not the first sign that the president is forward-thinking on women's issues. The only two U.S. Supreme Court justices appointed by Obama are women. The Lilly Ledbetter Fair Pay Act was the first bill he signed into law as president. The White House took an active role in campaigning against sexual assault. And under Obama's watch, the military lifted restrictions on women in combat roles.

Small flourishes like Obama's focus on women during a press conference aren't going to end sexism in news, but over time the accumulation of these acts can seep into the way people view the world. Let's hope he does it again.