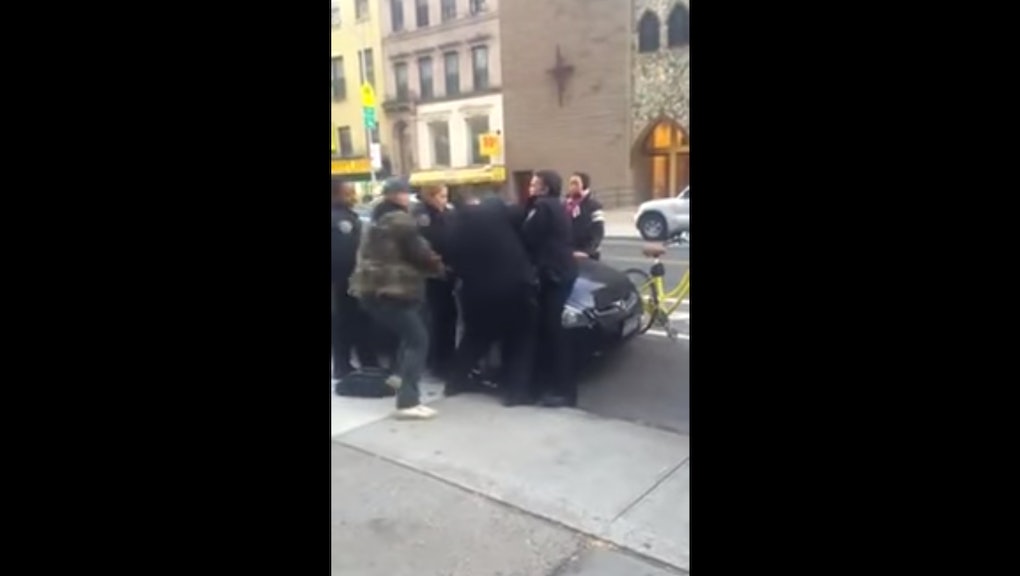 A New Video Shows NYPD Brutality at Its Most Horrifying

The latest horrifying video of a New York City police officer attempting to make an arrest has been met with a now-familiar mixture of horror and anger.

Taken by a bystander, the video shows an officer punching a black pre-teen, who has already restrained by multiple other officers while an onlooker shouts, "He's 12! He's 12!"

In the video, three officers appear to be making an arrest moments before a plainclothes officer runs up and lands multiple punches on the boy for no discernible reason. The crowd reacts with horror. "I can't believe you just did that!" one woman says. "After everything that's happened!"

It's already being investigated: New York City Police Department's Internal Affairs division is looking into the incident, according to the New York Daily News. While the video was uploaded to YouTube on Wednesday, it's not clear when this took place.

Police said that the two boys shown were being arrested for assaulting someone with a cane. Regardless of the alleged crime, of course, U.S. law generally dictates that guilt and punishment be left up to the justice system rather than dispensed via police punches.

The NYPD is no stranger to this phenomenon. In the wake of the police killings of Michael Brown in Ferguson, Missouri, and Eric Garner in New York, more and more videos of police brutality are gaining traction online.

Marcel Hamer, 17, was knocked out after being hit by an officer who thought his cigarette was marijuana. The officer in question was suspended.

New York City Mayor Bill de Blasio has made addressing police brutality part of his large-scale plan. But, as videos like this new one show, there's a long way to go.