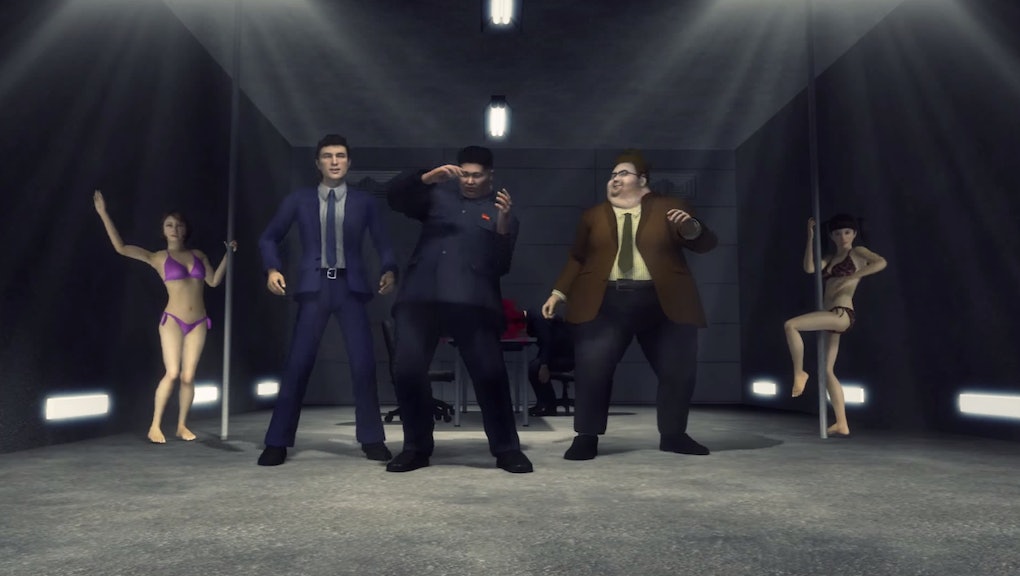 "Sony exposed its nuts to the world this week, and it's been confirmed: They're real small."

If you thought that the hacking of Sony's computer systems by the Guardians of Peace — who may or may not be North Korean cyberterrorists — couldn't get any more bizarre, Taiwanese animation powerhouse Next Media Animation has a present for you. The Taipei-based media outlet, which creates hilariously low-quality CGI-animated shorts depicting recent news from around the world, has aimed its considerable spoofing talents at the hacking — with hysterical results:

Even if the animation weren't brilliantly ludicrous (for example: Americans are depicted as rotund cinephiles stuffed with pizza and dynamite), the captions have a semi-intentional hilarity of their own. "Apparently the original film was changed because the original death scene with Kim's head exploding was too much."

"Fortunately, we belong to the school of the more head explosions, the better," the video helpfully explains, before depicting the Korean dictator's entire body being ripped apart by helicopter blades. Next Media's meta-commentary on the film is also pretty on-point: "So, all of a sudden, a movie that probably wasn't the greatest is now the most talked about film of the year."

The gimmick may be a little played out — Next Media's inscrutable animations first hit American shores following with the Tiger Woods infidelity scandal in 2010 — but we'll make an exception for this video. To cover a news story this absurd, you need a little absurdity.