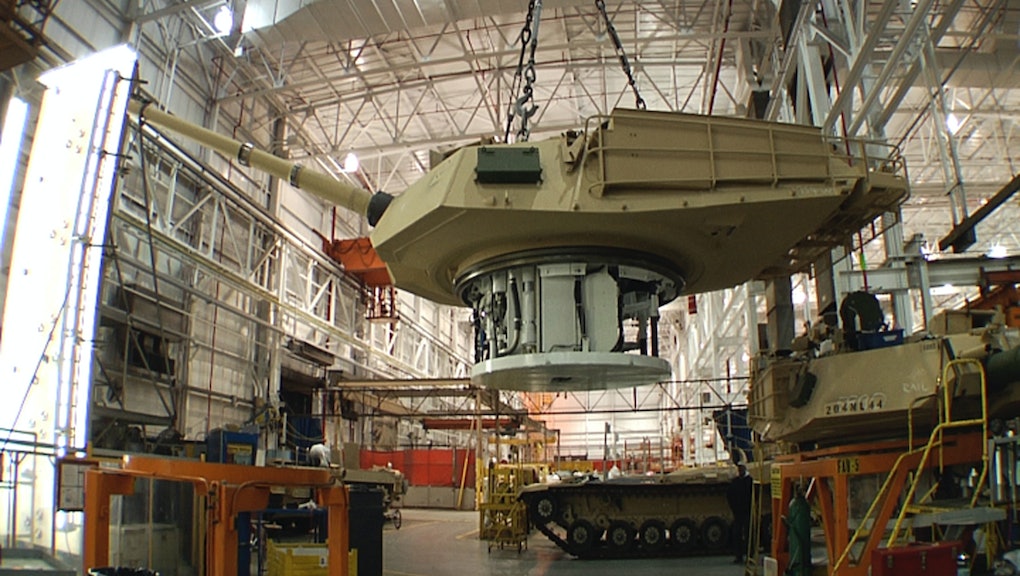 The military doesn't want any more tanks. So why did Congress just earmark $120 million for more of them?

In the most recent National Defense Authorization Act, lawmakers last week voted against the wishes of the U.S. Army in approving the tank spending, even though military officials have said multiple times that more tanks are unnecessary, according to Military.com.

It's not the first time this has happened. Way back in 2012, Gen. Ray Odierno testified before Congress about why they didn't need to spend more money on tanks. "We don't need the tanks," he told legislators. "Our tank fleet is two and a half years old on average now. We're in good shape, and these are additional tanks that we don't need."

It didn't do any good: Congress voted for $183 million in tanks that year. All told, lawmakers from both parties have dedicated nearly half a billion dollars in taxpayer money over the past two years to build more Abrams tanks.To figure out why Congress keeps ignoring the Army brass, one need only look at Ohio Rep. Mike Turner's response to the controversy:

"The FY 2015 NDAA recognizes the necessity of the Abrams tank to our national security and authorizes an additional $120 million for Abrams tank upgrades," he said in a statement. "This provision keeps the production lines open in Lima, Ohio, and ensures that our skilled, technical workers are protected."

It's not about military might, it's about protecting work. More tanks means more work in American factories, and passing the budget allows lawmakers like Turner to show that they're bringing business to their home states.

So there is a somewhat logical reason behind what seems like an utterly unreasonable use of taxpayer money. But the question remains: If Congress wants to spend money to create jobs, isn't there a sector that could actually use the products?

Military spending might be easier to compromise on — it's unlikely any congressman is going to take heat for spending too much on the troops — but there's plenty of other things in the country that need building, upgrading and maintaining. And tanks aren't one of them.