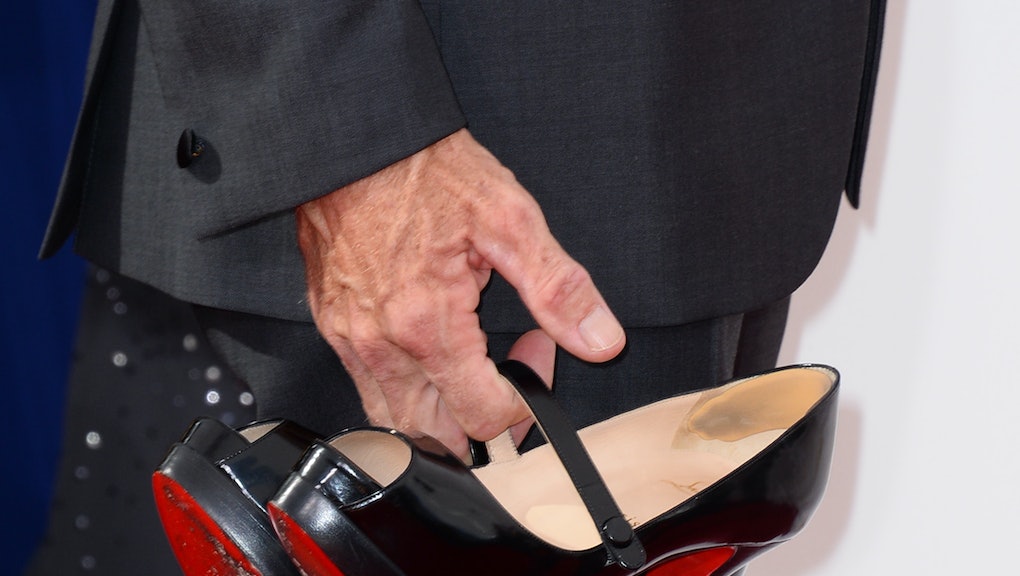 The science is in, and men really do fall for a woman in high heels.

A study conducted by researchers at the Université de Bretagne-Sud and published in the Archives of Sexual Behaviour found that men were more likely to help out women in heels — and the bigger the heels, the better.

How it worked: The study employed 19-year-old female volunteers who were tasked with either asking men to help them pick up a dropped glove, answer a survey question or just stand around a bar and wait to be asked out, all while wearing heels that were either 0.2 inches, 2 inches or 3.5 inches high.

It turns out women in heels who dropped a glove were 50% more likely to have a man return it, while well-heeled women in bars got asked out in half the time that those in flats did.

The heel difference may be clearest in the survey test, where participants asked men, "Excuse me, sir. We are currently conducting a survey on gender equality. Would you agree to answer our questionnaire?" Men said "yes" less than half the time to women in flats, while those in medium heels had a 63% success rate and those in the highest heels got answers 83% of the time.

Despite the benefits, going out in high heels isn't always a good idea. Women that wear heels walk differently, at the expense of their health, according to the New York Times. Heels put more strain on women's muscles and in some cases permanently shorten their calf tendons.

So if you really need to get some survey responses, or you're really irresponsible with your gloves, high heels seem like a good idea. But for everyday use, the extra power might not be worth it.