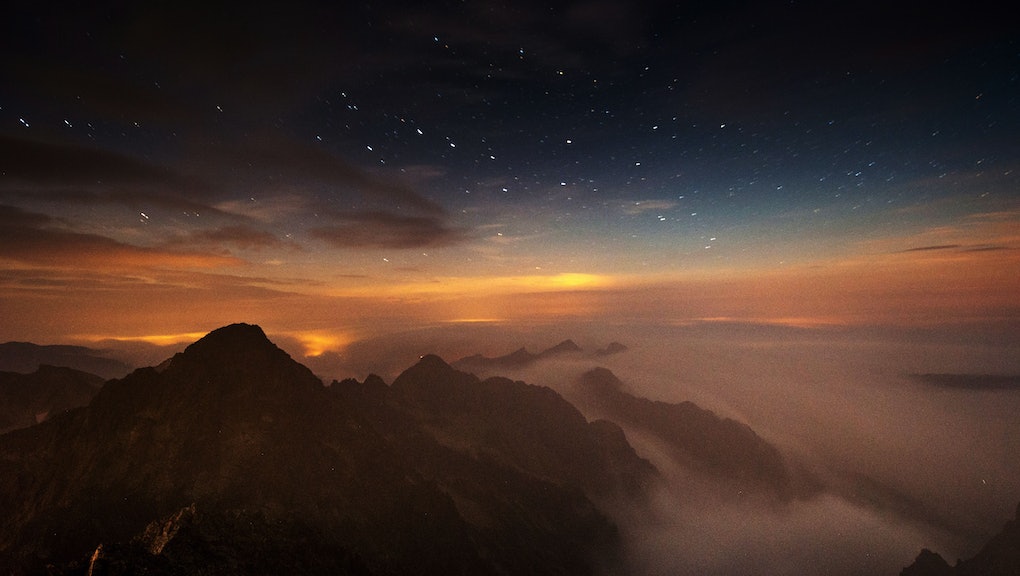 Sunday marks the winter solstice, meaning it's the official start of the winter season, as well as the shortest day and longest night of the year.

If you're a 20-something, this could be one of the longest nights in your lifetime to date: That's because compared to the past, days have gotten longer. As science blogger Colin Schultz points out, for most of the history of the Earth, anywhere in the Northern Hemisphere experiences a night of darkness that's slightly longer than when the Earth formed roughly 4.5 billion years ago.

This is because the Earth's rotation is actually constantly slowing down, and the average day has grown "longer by between 15 millionths and 25 millionths of a second every year," reports Popular Science. It's a tiny amount, but it's enough to add up to a "leap second" every few years. Over time, this is significant. When the Earth first formed, it was spinning so quickly that one day was roughly six hours long, just one-quarter of the current 24 hours.

Why is the planet's rotation slowing down? The moon. The moon's gravity pulls ocean water in its wake, which causes the rise and fall of the tides. But because the moon is so far way, the tidal bulge is slightly delayed from the moon's revolution of the Earth, which results in a very slight amount of friction that slows down the Earth. As Vox notes, a few other factors, such as the moon's gravity causing the Earth's crust to flex and create friction, are also at play.

Correction: Dec. 21, 2014: An earlier version of this story and its headline indicated Sunday, Dec. 21, would be the longest night in history. But certain data indicates that over the past 40 years, the Earth's rotation has been speeding up slightly, most likely due to ice melting at the poles (partially due to global warming) and the resulting redistribution of the Earth's mass. So while this still may be one of the longest nights of the year if you're a 20-something, Vox notes that the longest night ever most likely occurred in 1912, while the Independent reports that the longest day ever was probably in 1972. The article has been updated to fix that error.