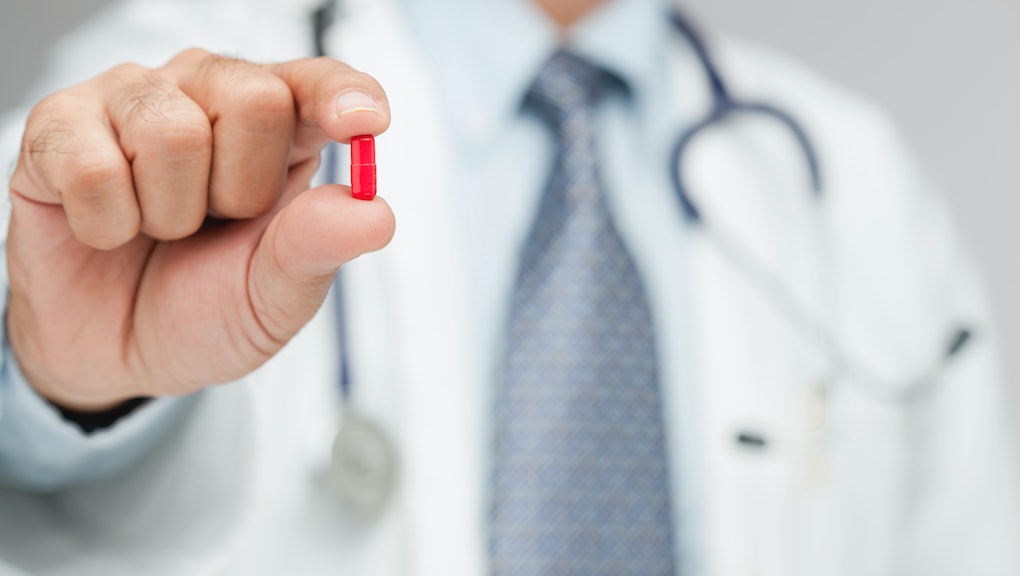 Scientists Have Figured Out a Surprisingly Simple Route to a Longer, Healthier Life

Want to live a healthier and longer life? As it turns out, the answer may be as simple as regular doses of a simple and readily available over-the-counter drug found in pharmacies around the world: ibuprofen.

According to a new study from a Texas A&M AgriLife Research scientist, regular doses of ibuprofen were found to extend the lifespan of several species.

"We first used baker's yeast, which is an established aging model, and noticed that the yeast treated with ibuprofen lived longer," biochemist Dr. Michael Polymenis said. "Then we tried the same process with worms and flies and saw the same extended lifespan. Plus, these organisms not only lived longer, but also appeared healthy."

According to the study's findings, which were published in Public Library of Science Genetics, the treatment, in which the subjects were given a dose comparable to a regular human dose, increased their lifespans by roughly 15%, which would add another dozen or so years of healthy living for humans.

The study: Over the course of a 3-year project, Polymenis and his team found that ibuprofen interferes with yeast cells' interaction with tryptophan, a common amino acid found in every cell of every organism and is essential for human life. However, other than "destabilizing the high-affinity tryptophan permease" and altering "cell cycle progression," the team wasn't entirely sure exactly how this interaction happens and needs to do more research to understand the phenomenon.

"We are not sure why this works, but it's worth exploring further," Polymenis said. "This study was a proof of principle to show that common, relatively safe drugs in humans can extend the lifespan of very diverse organisms. Therefore, it should be possible to find others like ibuprofen with even better ability to extend lifespan, with the aim of adding healthy years of life in people."

The takeaway: Though the findings may seem vague for the time being, as Polymenis said, they're a "proof of principle" for more research, and others are already interested in continuing this pursuit.

"Our institute is interested in finding out why people get sick when they get old," said Dr. Brian Kennedy, chief executive at the Buck Institute for Research on Aging in Novato, California "We think that by understanding those processes, we can intervene and find ways to extend human health span, keeping people healthier longer and slowing down aging. That's our ultimate goal."

Though past studies have suggested that above-average ibuprofen use "increases your risk of heart attack or stroke by more than a third," the study was actually somewhat misleading and didn't asses the entire picture of human health.

In the meantime, however, while this doesn't mean that you should be downing as much ibuprofen as you can to extend your life, the results are promising that this simple drug could have positive and unexpected side effects.