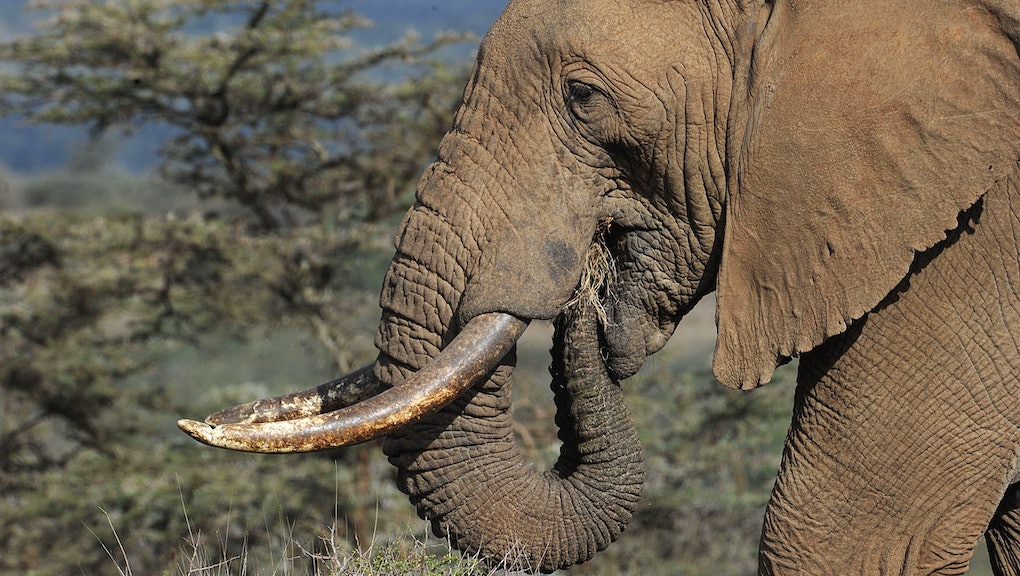 Something terrible could happen soon to at least 36 elephants, if Zimbabwe's government follows through with its reported plans.

Recent reports from the Zimbabwe Conservation Taskforce indicate the country's government has ordered officials to round up dozens of young elephants for export to China, a practice denounced by activists as cruel and inhumane.

"For elephants, being held captive for decades in a circus or in the majority of the world's zoos is gruesome," ElephantVoices cofounder Joyce Poole told National Geographic. "It's a fate worse than death."

The Zimbabwean government has done little to inspire confidence, acting suspiciously about the deal. According to National Geographic, the government has confirmed some elements of the report but insist the animals are heading to the United Arab Emirates.

Though UAE officials have confirmed that they are importing the animals, the Times of South Africa reported recently that more than 100 baby elephants faced exportation to China, and one has already died in transit.

This is animal cruelty: Conservationists Paula Kahumbu and Andrew Halliday, writing for the Guardian, argue that young elephants captured for trade are at a crucial stage in their social development. Elephants nurse their young until the age of 5, but some of the captured animals were as young as 2 1/2, meaning they're being pulled away from their families before they're physically ready. Since elephants are extremely emotionally aware and intelligent creatures, Kahumbu and Halliday say that disrupting their social structures can have lasting negative effects.

Locked in cages in a frightening environment, the elephants will suffer through long voyages at sea before being released into unfamiliar territory where they are at high risk of abuse or neglect. But as Kahumbu and Halliday point out, though the sale is not illegal, government officials are on the record as saying they are "not interested" in protecting wildlife unless it pays off financially. Animal welfare is a secondary concern.

Utah State University professor Johan du Toit told National Geographic the sales are likely due to corruption. "I don't think the way wildlife is being managed is indicative of the Zimbabwe ethos, but that the kleptocracy and the elitists within the government see the resources of the country as up for grabs — even to the extent that they think if they don't grab it, someone else will," du Toit said.

Why you should care: The sales are particularly galling considering how elephant populations have been plummeting for years in Central Africa. The past decade has seen 64% of the region's elephants disappear, in large part due to aggressive poaching. In Zimbabwe, poachers poisoned 300 elephants last year. The worldwide population of elephants has fallen from 1.2 million in 1980 to just 420,000 in 2012.

These elephants aren't tradable goods. They're living creatures who are being exploited to the point of death, and the process is speeding up. A recent Save the Elephants report concluded that Chinese demand for ivory has tripled the price of tusks since 2010.

Save the Elephants founder Iain Douglas-Hamilton said, "100,000 elephants were killed for their ivory in Africa in just three years between 2010 and 2012 according to our research. China holds the key to the future of elephants — without China's leadership in ending demand for ivory Africa's elephants could disappear from the wild within a generation."

Unfortunately, these shady sales are just another step in the wrong direction for Africa's elephants. According to some estimates, they may be extinct within 20 years.