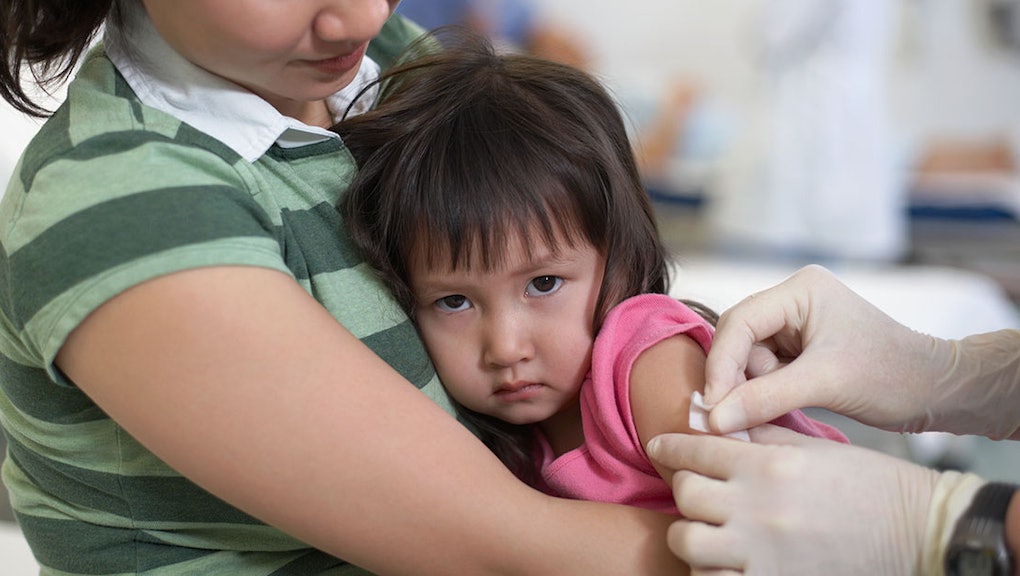 Why You Should Be Hugging More — Not Less — During Flu Season

Got the flu? Don't stress, just hug it out.

Science has another reason to love hugs. A new study from Carnegie Mellon University researchers found hugging might make for good medicine. Receiving a warm embrace a few times a day seems to strengthen the immune system, bolstering the body's response to disease.

The science: The team gathered 404 healthy adults and assessed them for the quality of their social interactions with other people over two weeks, with a particular emphasis on whether they experienced interpersonal conflicts and how many hugs they received on a daily basis. The researchers then exposed the volunteers to a common cold virus and measured how they fared throughout the resulting infection. The newly sick participants continued to report on their hugging habits and overall physical health.

Ultimately researchers found that hugs aren't just good for happy vibes, but also for fighting disease. Positive social interactions (including hugging) gave the participants' immune systems a boost, decreasing the negative effects of sickness-related stress. On top of that, participants who got lots of hugs were less sick while infected and got better faster. According to the study, the hugs accounted for a full one-third of the "protective effect of social support."

The doctors also found that hugging offset the increased susceptibility to disease that came with interpersonal conflict, demonstrating the power of a hug shines through even during social tension.

"This suggests that being hugged by a trusted person may act as an effective means of conveying support and that increasing the frequency of hugs might be an effective means of reducing the deleterious effects of stress," lead author and psychologist Dr. Sheldon Cohen said in a release. "The apparent protective effect of hugs may be attributable to the physical contact itself or to hugging being a behavioral indicator of support and intimacy.

"Either way, those who receive more hugs are somewhat more protected from infection," Cohen said.

So hug away: It might seem counterintuitive that physical contact with other people would decrease the severity of illness, especially considering how easily germs spread via other gestures like handshakes. But hugging has been noted to have a variety of positive health effects, like lower blood pressure and decreased feelings of loneliness. Hugging also releases a chemical in the brain called oxytocin, which CNN describes as "'a bonding hormone' that makes people feel secure and trusting toward each other, lowers cortisol levels and reduces stress."

So hug away — it's just what the doctor ordered.