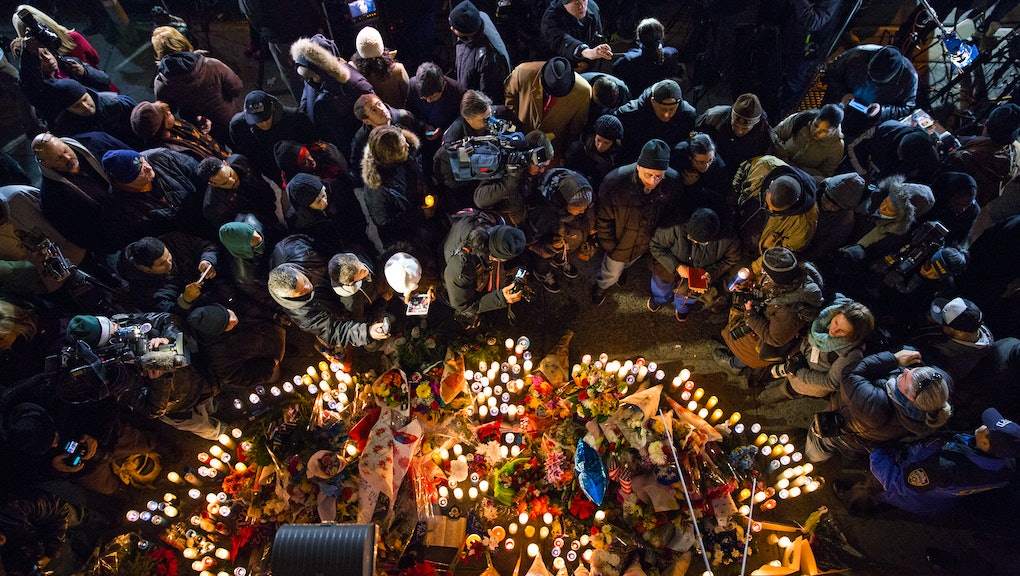 The New York Yankees are giving back in a big way.

The New York Daily News reported that Ramos left behind two children, 13-year-old Jaden and another son who is currently in college.

William G. Walters, Silver Shield's chairman, confirmed to Mic on Monday that the foundation would provide for Ramos' children. "We're here to give support in the image that George Steinbrenner [the Yankees' late owner and Silver Shield's founder] envisioned it," he said. "We've been doing this for 31 years, so of course we'll pay for it."

Walters added that the foundation would also help with emotional support and counselling.

Steinbrenner started the charity after attending the funeral of a police officer killed while on duty. "George could not forget the image of the children," said the foundation's co-founder James E. Fuchs. "He was concerned about their education and who would help with the cost."

Ramos and his partner Wenjian Liu, who was recently married, were fatally shot on Saturday while they sat in a police cruiser. The gunman, Ismaaiyl Brinsley, later killed himself on a subway platform after NYPD officers surrounded him.

The deaths of the two officers heightened tension between the community and the police force, a relationship that was already strained following a grand jury's decision not to charge an officer for the death of Eric Garner, an unarmed black man.

"Two brothers I lost by gun violence, but even this shocked me," Antonio Barksdale, a longtime resident of Bedford-Stuyvesant, told the Washington Post. "I mean, two officers? In broad daylight?"

For now, however, the Silver Shield Foundation is set on helping those left behind. "We do everything we can to help the family," Walters told Mic.