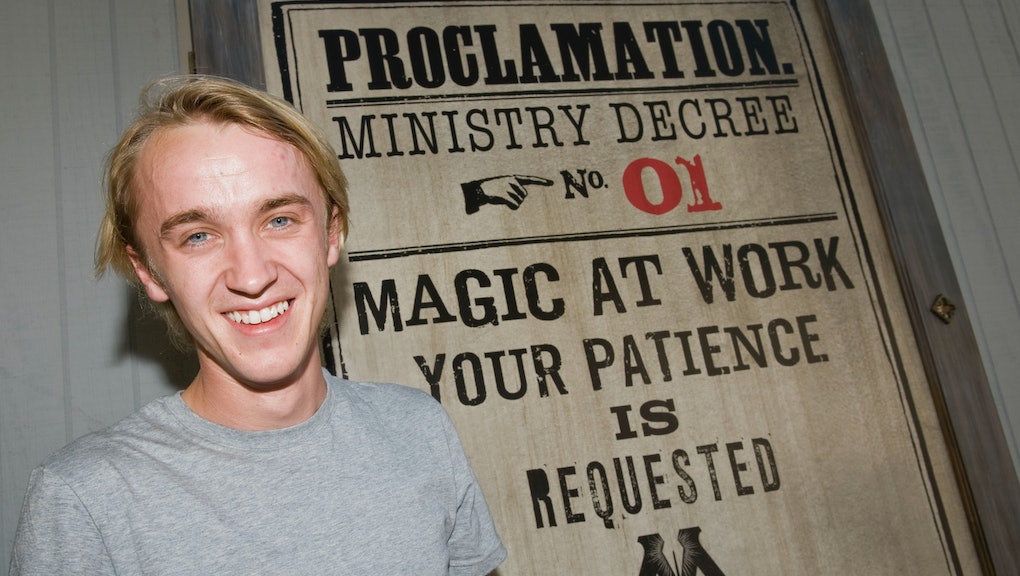 "Everybody recognizes Draco because everybody has known somebody like him."

J.K. Rowling succinctly summed up the intrigue behind one of the Harry Potter series' most infamous characters, supreme bully Draco Malfoy, in her newest Pottermore entry, posted Monday (free membership required). The story, the most recent in a series of 12 Rowling promised Harry Potter fans for the holidays, finds the author detailing the complicated life and times of Harry Potter's nemesis — background that breathes new life and complexity into an often under-considered actor in the beloved series.

Much like her biography of Dolores Umbridge, Rowling digs deep down into Malfoy's life story. Much of what she writes will be old news for Harry Potter fans, but it still has the power to delight. We learn about Draco's privileged upbringing ("brought up to believe he occupied an almost royal position within the wizarding community"), his time at Hogwarts (full of Potter envy) and his supreme idolization of his father Lucius.

Rowling takes us deep inside the character's psyche, revealing that for all of his faults (of which there are many), Draco does in fact retain a smidgeon of humanity.

Of his attempts at following in his family's footsteps, Rowling writes, "All his life, he had idolized a father who advocated violence and was not afraid to use it himself, and now that his son discovered in himself a distaste for murder, he felt it to be a shameful failing."

In fact, Rowling's own thoughts may be the most interesting part of the whole entry. Perhaps more than any other story that's come before it, Monday's chapter provides a clear illustration of just how thoroughly Rowling understands the characters she created.

Happily, Malfoy seems to have achieved some semblance of peace as an adult. Rowling notes that he married the younger sister of a fellow Slytherin, a woman named Astoria Greengrass, who refused to raise their son with the poisonous beliefs of their respective families.

"I imagine that Draco grew up to lead a modified version of his father's existence; independently wealthy, without any need to work, Draco inhabits Malfoy Manor with his wife and son," Rowling concluded.