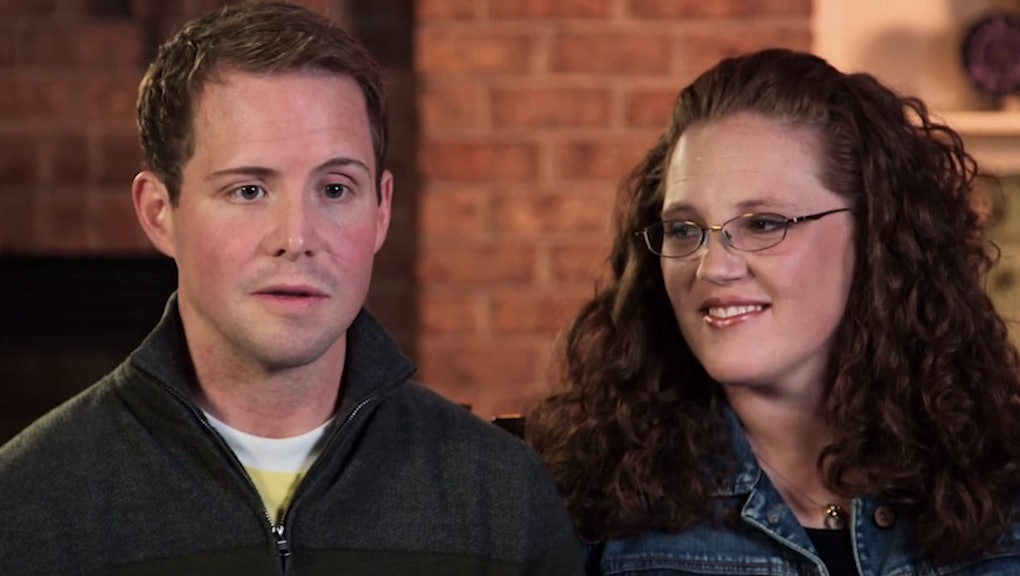 TLC's upcoming reality special My Husband's Not Gay plans to teach us about how gay men live faithfully as Mormons.

The show's trailer, which hit the Internet on Friday, features four men, three of whom married women and one bachelor who "want[s] to marry a woman, but [doesn't] know how to work out these feelings." All four are all devout members of the Church of Jesus Christ of Latter-day Saints in Salt Lake City.

Given the Mormon church's profession to "love the sinner; hate the sin," the trailer is full of awkward moments as these Mormon men explain how they reconcile their sexual orientation with their faith.

But as entertaining as the premise of the show might be, it propels a narrative that is deeply hurtful to the LGBT community: that you can — and should — overcome your sexuality.

Each Mormon believes faith can help him overcome his homosexuality. He just must "live a little differently" than the rest of those within the church. But overcoming this entails a lot of ambiguity, intonation and innuendo. "I like to say I've chosen an alternative to an alternative lifestyle," one man explains, while another rationalizes his lifestyle by saying, "I'm interested in men — I'm just not 'interested' in men."

Their confusing lifestyles reflect church doctrine, which states while "same-sex attraction is a sensitive issue which requires kindness, compassion and understanding," sex and marriage should only occur between a man and a woman:

The Mormon church has remained steadfast in its stance, even though, as ThinkProgress notes, itsposition has "softened somewhat since 2008, when the fight over California's Proposition 8 led some to complain the church was too intolerant for a modern society." Yet the church still has fought arduously against same-sex marriage legislation in Utah, as well as vehemently refusing to support anti-discrimination laws to protect LGBT citizens.

This show, which will premiere in January, is perpetuating a damaging narrative. It embodies everything wrong with how religious institutions treat homosexuality. By differentiating between the act (the "sin") and the person (the "sinner"), the church intimates that sexuality is a choice. As the men on the TLC special show, a devout Mormon has little choice about how to live his life. Faith requires "sacrifice," as Josh Weed wrote in his viral 2012 piece, "I'm a Gay Mormon Who's Been Happily Married for 10 Years":

"One of the sad truths about being homosexual is that no matter what you decide for your future, you have to sacrifice something. It's very sad, but it is true. ... If you are Mormon and you choose to live your religion, you are sacrificing the ability to have a romantic relationship with a same-sex partner. If you choose a same-sex partner, you are sacrificing the ability to have a biological family with the one you love... I chose not to 'live the gay lifestyle,' as it were, because I found that what I would have to give up to do so wasn't worth the sacrifice for me."

To some extent, Weed is correct. We all make choices in our lives to pursue certain desires and goals while abstaining from others.

While we certainly can't judge these four men for prioritizing their faith over their sexual orientation, we can expose how religious institutions unfairly force those choices on people and prevent them from living the lives they desire.