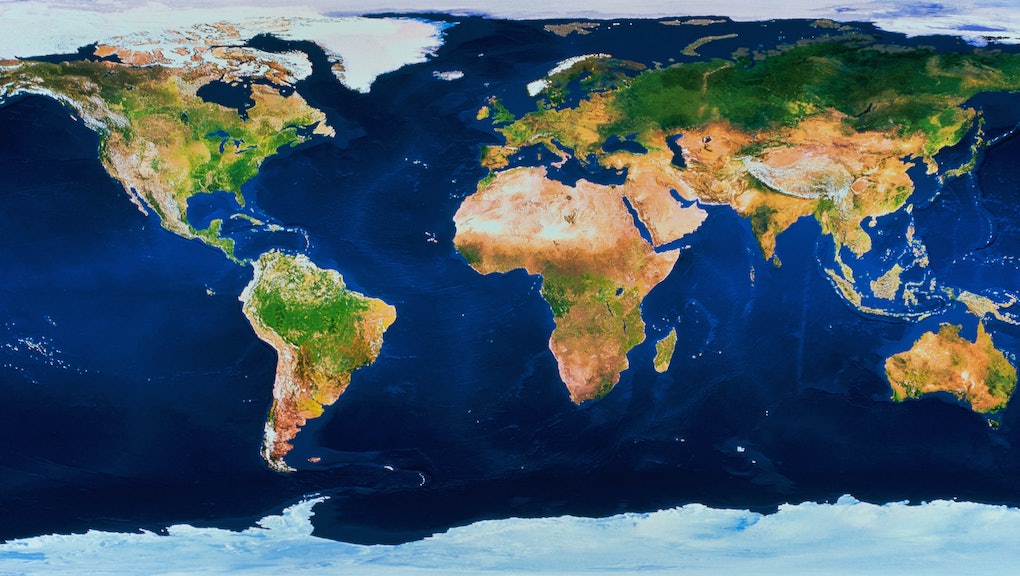 The 20 Countries That Did More for the Planet Than the U.S. This Year

The U.S. isn't as indispensable as you may think.

According to the 2014 Good Country Index, the U.S. actually ranked No. 21 when it comes to how much it "contributes to the planet and to the human race."

The data: Developed by policy experts Simon Anholt and Robert Govers with a support from a number of charities and nonprofits, the Good Country Index attempts to measure "as objectively as possible, what each country contributes to the common good, and what it takes away" by quantifying the impact of their policies in seven subject areas: science and technology, culture, international peace and security, world order, planet and climate, prosperity and equality, and health and well-being.

The index's top countries are small and wealthy: Ireland (1), Finland (2), Switzerland (3), the Netherlands (4) and New Zealand (5). The U.S. position at No. 21 suggests that while we may be rich, powerful and possess highly advanced technology, we're also not particularly responsible with these great powers.

The low number of international students in the U.S. may be cause for concern, but it does appear to be improving: More than 886,000 international students came to the country in 2013-2014, an increase of 8% and an all-time high. Patents seem to be recovering after years of stagnation as well, reaching pre-recession levels in 2013.

(To read this, and the rest of the charts: The farther right the bar extends, the better the US is doing. And vice-versa to the left.)

Culture: The U.S. does poorly on this metric, ranking No. 41 thanks to low creative goods and services exports. Though it has low United Nations Educational, Scientific and Cultural Organization contributions, that's more or less typical among other member states.

International peace and security: The U.S. is a stunning No. 114 here, thanks in large part to massive arms exportation, involvement in major international conflicts and high rates of cyber-crime. The U.S. also isn't great at contributing peacekeeping troops.

World order: The U.S. is ranked 28th, hosting relatively few refugees and generating many. The U.S. lags behind on U.N. treaties, although it is a world leader in charitable giving and has a relatively stable rate of growth.

Planet and climate: The U.S. does not fare well on the environment, with extremely low biocapacity reserves (basically a measure of how much of a country's natural environment has been preserved) and high water pollution. The U.S. has a middling rate of carbon-dioxide emissions relative to its size, meaning that while it might not be playing an outsized role in climate change, it's definitely not helping either. On cumulative emissions, though, the U.S. is by far the world leader on causing global warming.

Prosperity and equality: Outrageously rich America has a lot of trade openness and little else, placing it No. 53 in this category. Its fair-trade market is disproportionately tiny, it generates few UN volunteers and is completely average in international developmental assistance.

Health and well-being: Finally, something to be proud of, with the U.S. at No. 7. With massive amounts of food aid, high pharmaceutical exports and large quantities of donations to the World Health Organization and humanitarian aid, the U.S. is helping the world be a healthier, better-fed and less disease-ridden place.

Just so long as you ignore the countless people we're selling weapons to, exploiting economically, turning away at our borders and slowly killing with global warming, that is.