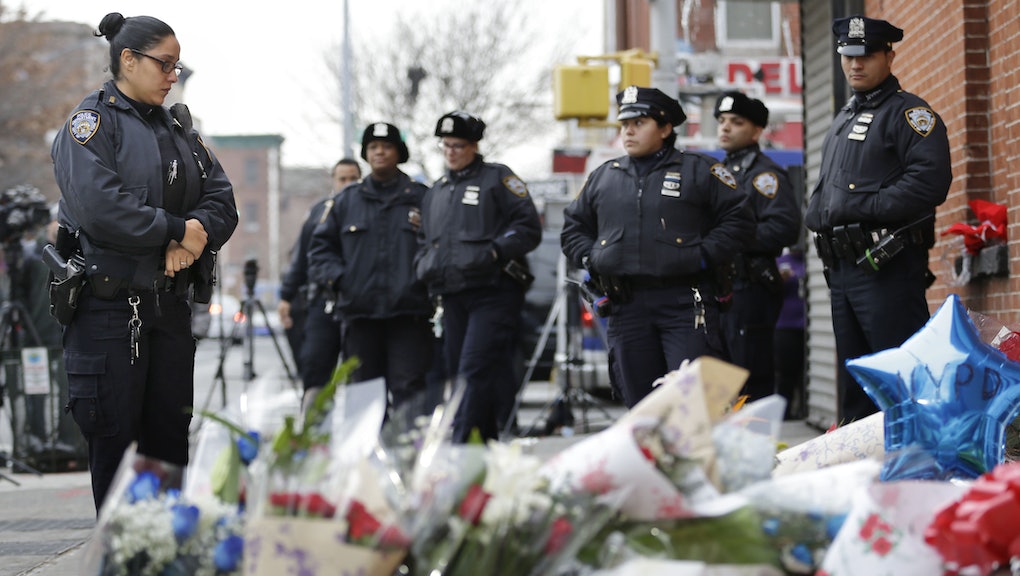 The Other Victim of the NYPD Shootings: Who Is the Media Overlooking?

The news: Since the shooting of New York City police officers Rafael Ramos and Wenjian Liu on Saturday, a flurry of news reports hit the Internet. But there's one big part of the crime that's being left out of reports: Before the shooter killed the cops in their patrol car, he shot his ex-girlfriend.

Gunman Ismaaiyl Brinsley shot his ex-girlfriend, 29-year-old Shaneka Thompson, in the stomach in Baltimore around 5:45 a.m. on Saturday. According to a neighbor's report, the on-again, off-again couple had been arguing before Brinsley pulled the trigger.

Jezebel reports Thompson "initially tried to stop Brinsley from committing suicide, only for him to later turn the gun on her." Thompson, a health insurance specialist with the Veterans Administration and an Air Force reservist, fled to a neighbor's home for help.

While tensions between police and civilians is an important issue dominating the nation's current conversation, instances of domestic violence are just as important to address. In fact, domestic violence is a more widespread issue than police deaths. According to victim assistance agency Safe Horizon, one in every three homicide victims is murdered by a current or former partner. In comparison, 27 police officers were killed in 2013.

The takeaway: This is not to say that police killings and the converse, unnecessary police brutality, are not issues – they definitely are. But domestic violence is also a very important issue and one that was an unfortunately overlooked aspect of this weekend's news.