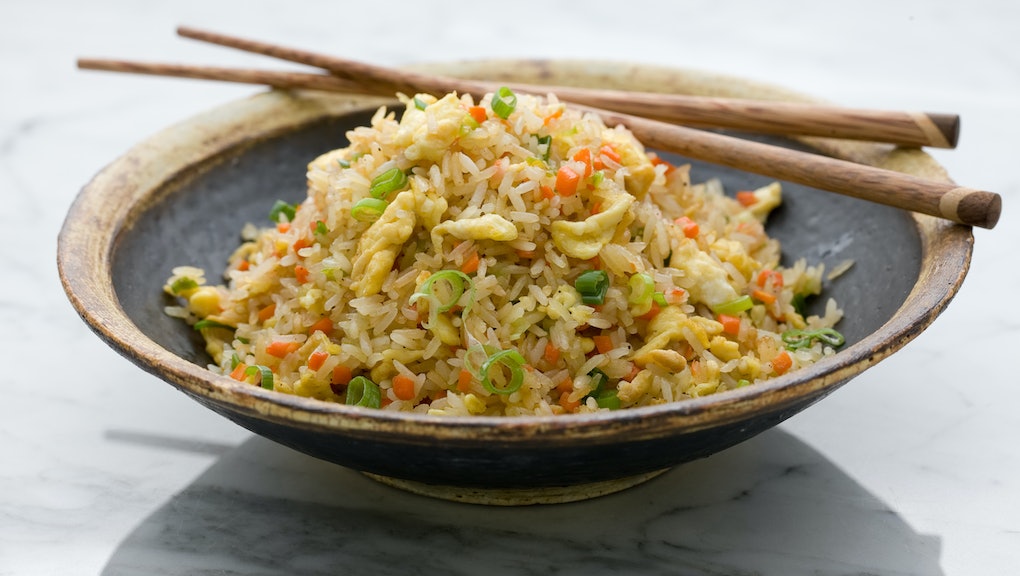 There's One Benefit of Carbs That No One Is Talking About

'Tis the season for carbs. And while we know that carbs make us feel kind of bloated, there are benefits too. Carbohydrates are our bodies' main fuel source, plus whole grain carbs give us the fiber we need to, you know, keep things running OK.

But a Japanese study earlier this year actually found that carbs have another surprising redeeming quality: They can help you sleep.

A carbohydrate lullaby? The study, published earlier this year in PLOS ONE, found that eating rice at dinner promoted longer and better-quality sleep. Researchers tested 1,848 men and women from Japan between the ages of 20 and 60, examining aspects of their sleep quality. They found that those who consumed carbohydrates like rice slept better and longer. In contrast, bread intake was not significantly associated with better sleep quality, and noodle intake was correlated with poor sleep.

The key? Rice has a higher glycemic index, a rank that measures food by how quickly it raises blood sugar and the subsequent need for insulin. Japanese white rice, for example, has a high glycemic index of 77, whereas the bread used in the analyses ranged from 51 to 74.

Consuming high glycemic index foods can increase levels of tryptophan (yep, the famous Thanksgiving ingredient), an essential amino acid that gets converted to the calming hormone serotonin and becomes the raw material for the production of melatonin, which induces sleep.

The Japanese findings are in line with previous studies that concluded that a high-glycemic, carb-based meal actually resulted in reduced sleep onset latency. In other words, you can fall asleep faster by eating carbs four hours before bed.

Unfortunately, that doesn't mean all carbs are OK. There are still downsides to high glycemic foods. Clinical dietitian Sagi Halevy told Mic that the glucose-raising effects of high glycemic index foods like white rice, bread and pasta can be negative, overtime causing various health problems and even possibly increase the risk for diabetes.

On the other hand, for years nutrition experts have argued that low-glycemic foods like lentils, barley or Greek yogurt improve blood sugar levels and insulin, not to mention ward off diabetes and weight gain (since the carbs they contain are digested at a slower rate).

The chance to improve our sleep is one we'll take. There's no guarantee that rice will have you sleeping like a baby, Halevy said. "I highly doubt doctors and nutritionists will start telling their sleep-deprived patients to eat a cup of rice and pass on sleeping pills," he told Mic.

But if it's a reason to eat more sushi or Chinese food over Christmas, it's got to be worth a shot.