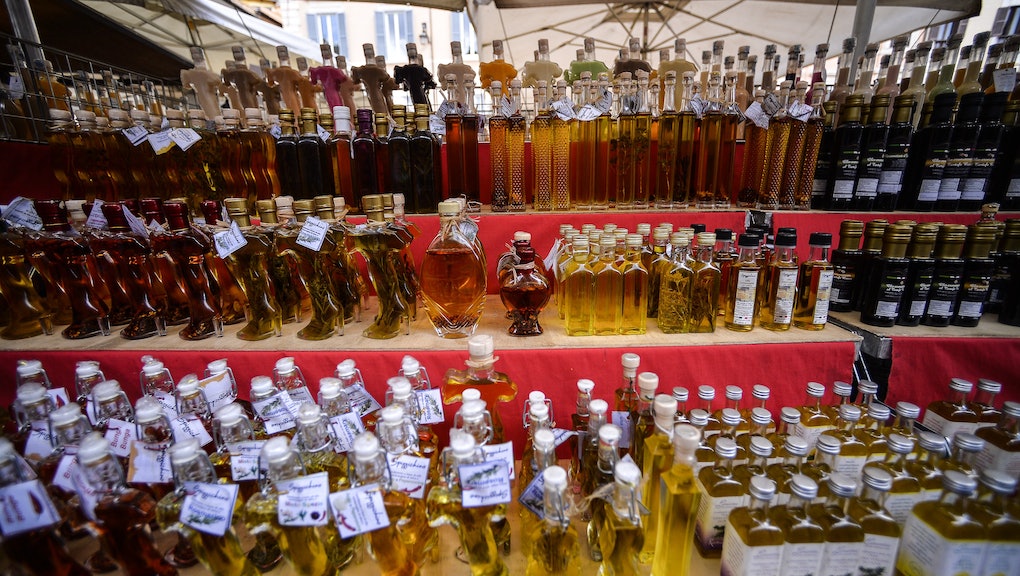 There's an Unexpected "Superfood" Healthy People Swear By (And No, It's Not Kale)

Everyone's busy declaring superfood trends of 2015, deciding which magical ingredient will become our new national health obsession. But our fixation with nutritional "superfoods" not only overstates just how healthy these foods really are, but also causes us to overlook the less sexy, but no less worthy, ingredients.

"But I already use apple cider vinegar in salad dressings," you might say. True, it's not new or exotic — it's a key ingredient in foods like salad dressings, chutneys and marinades.

But rarely do we consider apple cider vinegar, sometimes known as cider vinegar or ACV, for the multipurpose "superfood" it is. The beloved product comes from fermenting the juices from apples, which causes the accumulation of the main active ingredient, acetic acid. And while the name doesn't sound sexy, acetic acid is one reason that ACV is such a valuable antimicrobial ingredient for health lovers everywhere.

For the real benefits, be sure to use raw or homemade ACV (not the Heinz bottles from grocery stores). A favorite unfiltered store brand is Bragg Apple Cider Vinegar, which leaves in some of the dead yeast and bacteria that's so good for you. Sound gross? Read on.

ACV can also help regulate blood sugar levels. Studies have shown that consuming vinegar can help lower blood glucose levels and reduce the insulin response. This is great news for both those with Type 1 (formerly known as juvenile diabetes) and Type 2 diabetes; by increasing insulin sensitivity, apple cider vinegar helps process extra blood sugar, minimizing the spikes that can otherwise result in dehydration and tissue damage.

Plus, ACV has been said to help indigestion, sore throats and heartburn, among other ailments.

Note: Apple cider vinegar is very acidic, so don't consume too much per day. Try diluting a tablespoon or two into a glass of water and drinking it with your meal as a supplement.

Your new favorite beauty product? Beauty blogs around the world are talking about the value of not washing your hair with harsh shampoo every day. But instead of skipping washing altogether, some advocate a combination of baking soda and apple cider vinegar to make hair softer and shinier.

Apple cider vinegar reportedly helps balance the pH levels of the hair and scalp, which promotes healthy hair growth. It can also reduce dandruff and psoriasis, address hair loss and cut through soap buildup, according to some health blogs. (And no need to worry about the smell — apple cider vinegar does have a distinctive odor, but it dissipates as long as you rinse it all the way out.)

ACV has also earned devotion from those who use it in at-home face masks, baths, wart remover, deodorant (yes, really) and foot soaks.

A DIY example of the latter: Add one cup of apple cider vinegar to warm water and add Epsom bath salt. The acetic acids in apple cider vinegar can leave smoother, more toned skin and help soothe achy feet. And while "detoxing" as a concept hasn't been entirely proven, some people swear by ACV's ability to cleanse the body. Supposedly even Hippocrates, the "Father of Medicine," used ACV to treat his patients in 400 B.C.

So, what do you have to say for yourself, kale?