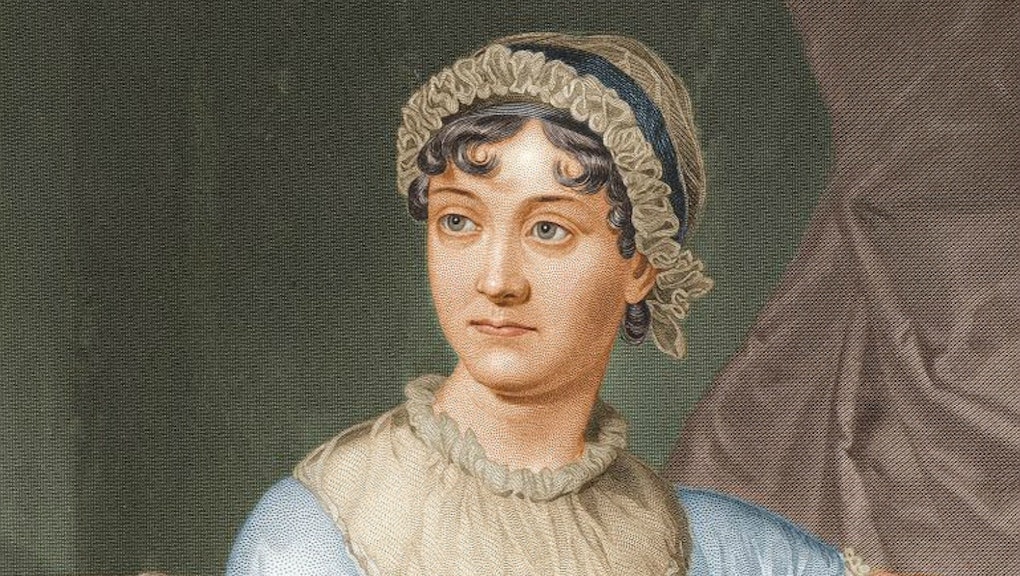 Nearly 200 Years After Her Death, Jane Austen's Words Are More Important Than Ever

Jane Austen is more than just a feminist.

Writers and critics have used the renowned English novelist as a front woman for feminism over the last two centuries, so far that her face was selected by the Bank of England for the new £10 note. The Jane Austen Center in Bath declared Dec. 16, Austen's birthday, 'Jane Austen Day' to celebrate her status as one of the world's greatest writers.

Austen, one of the most widely read authors in the English language, avoided the conventions of her time in her humorous and sensitive novels: Dapper men often turn out to be villains, the presence of military is eyed with suspicion, the haves and the have-nots are equally scrutinized and nobody is too beautiful or rich for some sort of inquiry. Austen intentionally and equally questions everything that makes up what we might call universal morality.

We isolate some insights from her novels and see how they fit into a contemporary context:

"There are people who, the more you do for them, the less they will do for themselves."

Emma Woodhouse, Austen's protagonist, is thinking of Mr. Elton (a young vicar) and Harriet Smith (her friend); she is trying to match them up. Although the quote refers to matchmaking, the meaning is much broader. Benevolent assistance is often scrutinized, from Christmas gifts to welfare programs — and it provokes mindfulness about dependency. The act of respectful giving preserves the dignity of the recipient, especially when you eliminate the impact of social or financial disparity between the two.

Austen astutely observes that giving sometimes exacerbates dependency rather than alleviating it. Political figures may want to brush up on her writing: New York City's Mayor Bill De Blasio is currently in the midst of a crisis with the city's housing up for debate; he must find a way to balance the concept of providing "handouts" when it comes to the mixed-income developments sprouting up in all five boroughs.

"We do not suffer by accident."

What might sound like a modern conservative quip about personal responsibility is actually an observation on the structure of society. Elizabeth Bennet here speaks about the change of heart in a gentleman, asserting that her suffering is the result of social misunderstandings rather than accident. In Austen's world, vast differences in education and social structure deepen those misunderstandings that keep realms apart. Austen's words are a critique of the outside forces that, if left unchecked, come to define us.

"There will be little rubs and disappointments everywhere, and we are all apt to expect too much; but then, if one scheme of happiness fails, human nature turns to another; if the first calculation is wrong, we make a second better: We find comfort somewhere."

Ms. Grant, the wife of the parson of Mansfield Park, speaks to a house full of guests of resilience in the face of disappointment. When the "dream" doesn't exactly pan out, we are able to let go of expectations and create another dream. Austen expresses a hopeful view of humanity, where those with fewer options can find new opportunities (or, at the very least, find comfort).

"It was, perhaps, one of those cases in which advice is good or bad only as the event decides."

This is an assertion by protagonist Anne Elliot about her only confidant, Lady Russell. Years before, Lady Russell advised Anne to break off her engagement due to her future husband's low social ranking – advice that Anne now knows was prejudiced.

Austen's simple wisdom here reveals a profound understanding of human psychology. It questions how often our judgment is influenced by personal bias. We see this reality played out every news cycle, from the political circus in Washington to social clashes in Ferguson, Missouri, and New York City.

"I speak what appears to me the general opinion; and where an opinion is general, it is usually correct."

Mary Crawford's remark plays into the idea that people often think society needs to moderate its outlook. But opinions are not just a luxury of the rich and powerful; Austen is suggesting that norms must be challenged. And although most people feel like they are experts on the human condition, everyone's opinions stem from personal experiences determined by history, status and resources.

Complex societies, like Russia and China, are living through their very own age of elite-dominated propaganda in 2014, where a small group of leaders shape the political and social status quo. But as with all social domination (East Germany and the fall of the Berlin Wall come to mind here), the norms set up by society will all eventually be challenged and may need to come down.

"And do you really love him quite well enough? Oh, Lizzy! do anything rather than marry without affection. Are you quite sure that you feel what you ought to do?"

Jane Bennet cautions Elizabeth upon hearing of her engagement to Mr. Darcy. This moment is taken from Austen's life, where she advised her cousin Fanny Austen Knight to be cautious about marriage. With divorce rates on the decline, Austen's advice might have worked. Today, marriage is less about social standing and more of a choice – giving lovers today enough legal standing and cultural acceptance to choose real love and not marriage for marriage's sake.

"There is nothing I would not do for those who are really my friends. I have no notion of loving people by halves, it is not my nature."

Isabella Thorpe was actually no friend at all to heroine Catherine Morland. But what strikes readers here is the revelation that substantial friendships cannot be a halfway affair – it's an all-or-nothing undertaking based on trust. The author reflects on the idea that self-interest often causes temporary bonds to form (with high society in general attracting such trappings).

Austen tapped into a truth that is relevant even today: The power dynamics of fleeting friendships have infiltrated our society (just think about Facebook), and trust is more difficult to come by than ever — for better or for worse.