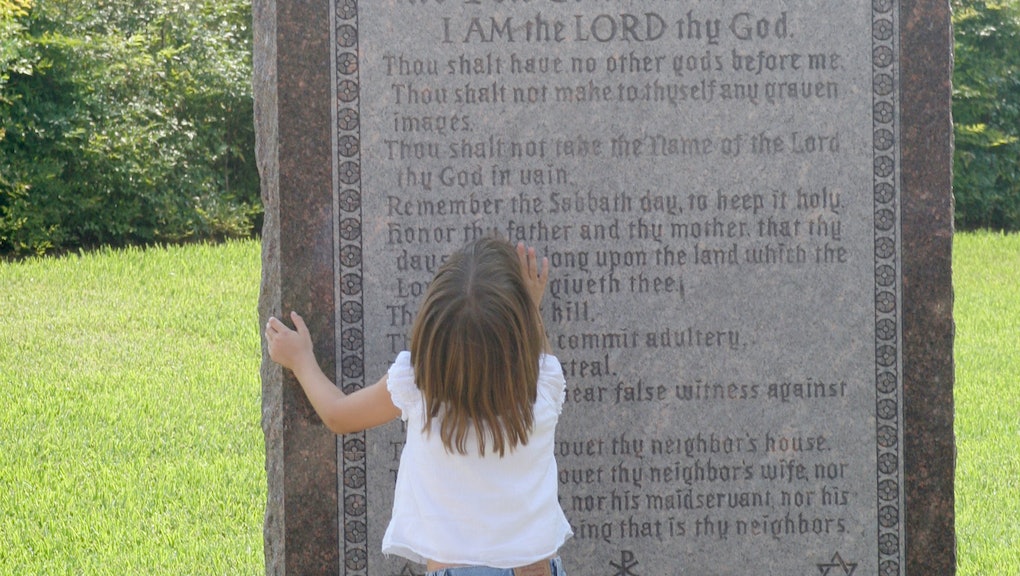 Such ideas resonate throughout the 10 "non-commandments" of Atheism, which are the product of a recent contest conducted by Lex Bayer and John Figdor, co-authors of the book Atheist Heart, Humanist Mind.

The authors told CNN, "The contest drew more than 2,800 submissions from 18 countries and 27 U.S. states" — a figure that reflects the exponential rise of atheism around the world. As noted in a previous Mic article: "A 2013 Pew study found that one-third of [Americans] under 30 — and one-fifth of the general population — have no religious affiliation."

Thirteen judges selected the winners, who each received $1,000 for their contribution, last Friday.

Here are the results:

1. Be open-minded and be willing to alter your beliefs with new evidence.

It's all about compassion: While it may seem counterintuitive for atheists to use the Christian framework of the Ten Commandments to present their own ethics, the framework is a strategy to impart to all people that one does not need a religion to act ethically, with compassion, in the world. People, in fact, are "hardwired" to be compassionate. That is, people can be good, productive and caring citizens without a higher deity telling them to act in certain ways. In fact, this 2012 study concluded that because atheists are not acting ethically out of compulsion, they are more ethically minded than those who subscribe to a religion.

Compassion begins with understanding and respect for all living beings: Unlike the Christian commandments that dictate how people should act, these "non-commandments" simply recommend ways to live ethically. These ethics are holistic, in that living ethically entails respect and care for the environment and non-human species. The emphasis on compassion and empathy, displayed through recognizing and respecting the autonomy of every single person (regardless of age, gender, race or, yes, even religion), is a pretty good message for this particular holiday season.