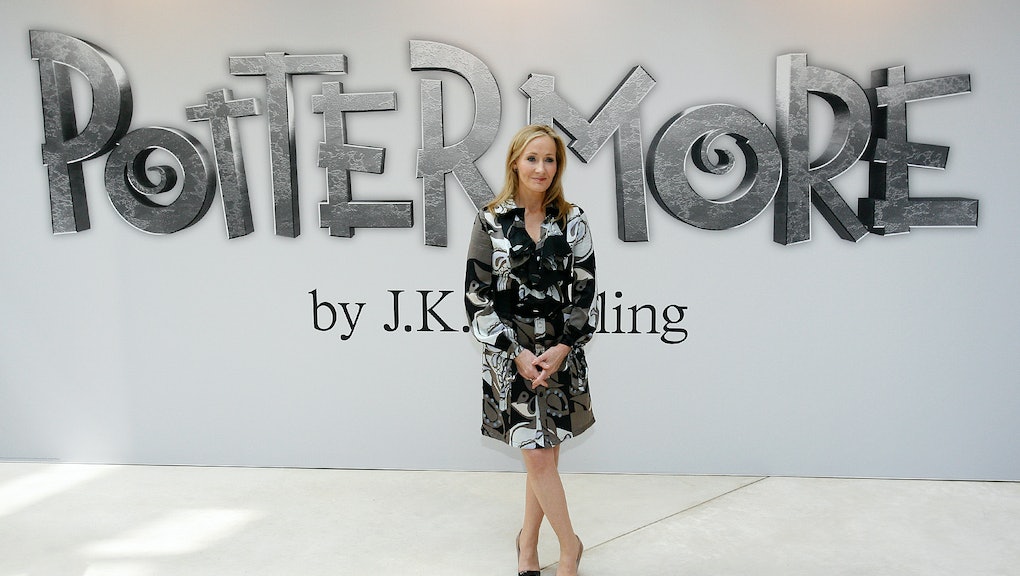 J.K. Rowling knows how to make her fans happy.

On the final day of her holiday literary extravaganza — in which she released 12 new pieces of writing on her website Pottermore, including an explanation of the Inferi, a psychoanalysis of Draco Malfoy and a history of the town of Cokeworth — the author has given fans a detailed breakdown of the Order of Merlin.

The Order of Merlin, or O.M. for short, "is an award given to witches and wizards who have achieved great things for the wizarding world," Rowling writes. It's named after Merlin (obviously), the most famous wizard of his time, and has been around since the 15th century. Awarded by the magical legislative body, the Wizengamot, the medal comes in three classes, First, Second and Third.

As with many highfalutin awards in the wizarding world, the O.M. is not without its critics — former Minister of Magic Cornelius Fudge, for example, gave it to himself for "a career many considered less than distinguished."

Although it's not as detailed as the Dec. 22 piece of writing on Draco Malfoy, the notes on the Order of Merlin will likely sate hardcore fans of the series. And as the concluding chapter in the holiday series, Rowling has ended her streak with some nice and easy (but still informative and quirky) tidbits.

Until next year, Potterheads — we can't wait.