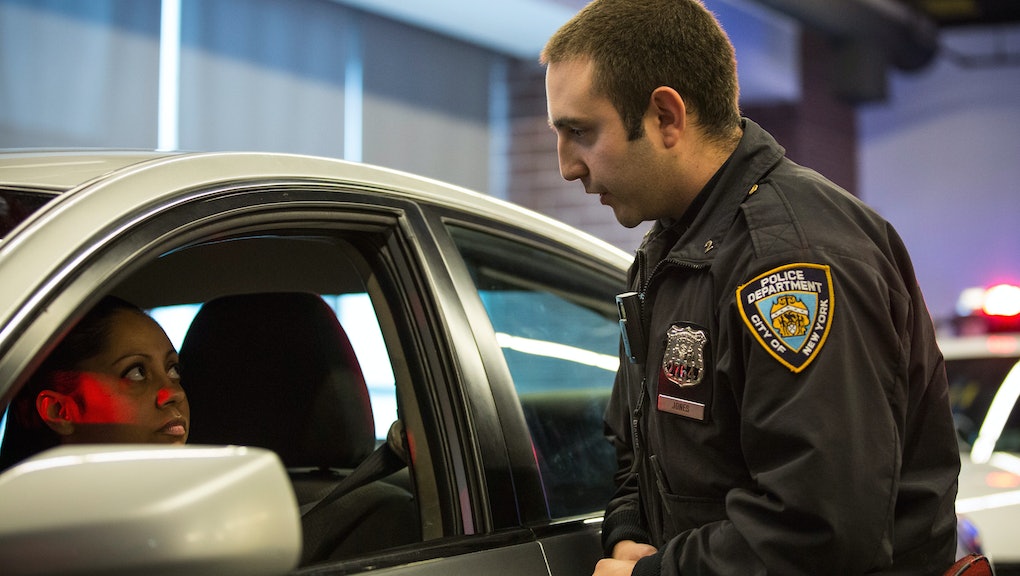 You can breathe a sigh of relief: The $263 million in funding President Barack Obama requested for police body cameras may be money well-spent. According to the first-ever scientific study on the efficacy of body cameras, outfitting police officers can prevent both abuse toward police officers and the unnecessary use of force by police officers.

Researchers from the University of Cambridge's Institute of Criminology found that body cameras "induce 'self-awareness'" in both suspects and officers during police interactions, cutting down on the unnecessary use of force by police and mitigating the potential for violence committed by suspects. The researchers likened body cameras to "preventive treatment" — when the camera is worn it offers "both the warning and cognition of the fact that the encounter is being filmed," which makes both participants more likely to follow the rules.

The science: The researchers conducted the  study on the police force in Rialto, California, in 2012 with a random sampling of police shifts recorded with body cameras, totalling more than 50,000 hours of police-public interactions. Over the course of the year, the researchers measured the effect of videotaping police encounters on the officers' use of force and civilian complaints about police use of force.

During the yearlong experiment, officers' use of forces declined by 59% in comparison to the previous year, and reports against officers dropped by 87%. The researchers found the technology to perhaps be "the most effective at actually preventing escalation during police-public interactions." These findings are now being cited worldwide as justification for the use of body cameras.

The research reaffirms the findings of a similar study on police body cameras conducted by the Police Foundation in 2013, which observed 70 Rialto officers outfitted with cameras. The study found public complaints against officers plunged 88% compared with the previous 12 months, while officers' use of force fell by 60% during the year.

However, the researchers note that there are caveats to rolling out this technology. Although the Rialto experiment showed clear evidence in favor of using body cameras, this is one of the first studies to investigate the practice.

There are concerns, both legal and ethical: The introduction of body cameras sparks questions about "prosecution and data storage," the University of Cambridge reports. If digital video evidence becomes a key piece of evidence in prosecution decisions, policies about how that data is stored must be implemented. Moreover, the impacts of digital evidence on prosecution decisions must also be considered. The researchers note that while officers' testimony has historically carried "tremendous weight," video evidence could become a trump card in the decision of whether or not to prosecute. If there is not any video evidence to prove either testimony, there may be a "reluctance to prosecute."

Caveats aside, this research underscores the huge potential of body cameras, which may help police forces regain public confidence while also improving the system as a whole.

"Body-worn video has the potential to improve police legitimacy and enhance democracy, not least by calming situations on the front line of policing to prevent the pain and damage caused by unnecessary escalations of volatile situations," the researchers write. "But there are substantial effects of body-worn video that can potentially offset the benefits, which future research needs to explore."

While this study may not provide all the answers, it certainly does provide hope that we are moving in the right direction toward reforming the system and reducing incidences of unnecessary police brutality. While $263 million may sound like a hefty amount to spend, more unwarranted deaths like those of Michael Brown and Eric Garner certainly aren't something that we can afford.