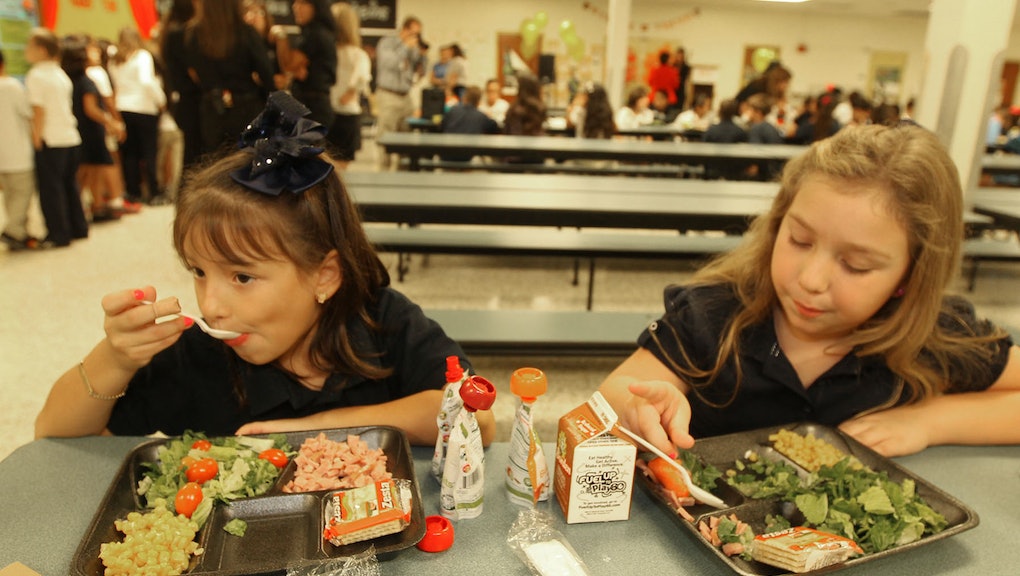 Over the Holidays, Millions of Children Will Go Without Nourishment

The winter holidays are meant to be a time of indulgence, marked by gifts and feasts aplenty. But while on break from the school this winter, tens of millions of children will be left without access to meals through aid programs that typically sustain them throughout the school year and the summer.

Al Jazeera America reports that more than 21 million children participate free or reduced-price lunch programs at schools across the United States, and more than 10 million also receive free school breakfasts. These children are members of food-insecure households that lack the income to consistently provide adequate food for a healthy lifestyle.

Feeding America, a nationwide network of food banks, estimates that this year's school holiday means 320 million lost meals for children in low-income households, according to Al Jazeera America. Local food banks strive to supplement as many of these lost meals as they can.

While summer breaks for children also pose the burden of extra meals for struggling households, food banks are backed by federal resources: The U.S. Department of Agriculture's Summer Food Service Program steps in to provide free nutritional meals for children from low-income households at approved sites. It isn't comprehensive, but it eases some of the pressure.

A year-round problem: Food insecurity plagues more than 1 in 5 children across the country, according to the Feeding America's latest Mind the Meal Gap report, which uses data from 2012. That number is closer to a third of children in states like New Mexico (29.2%), Mississippi (28.7%), Florida (27.6%) and Texas (27.4%).

While the absolute number of food-insecure children is highest in counties with the country's largest cities, the highest rates prevail in rural America, primarily in the South.

As Think Progress notes, over 25% of people suffering from food insecurity have fallen into a gap in the system, earning too high of an income to be eligible for government assistance but making too little consistently provide enough healthy food for their households. This is at least partially because of cuts in response to the 2008 economic crisis and subsequent recession.

Food insecurity can scar for life: The vulnerability of so many young Americans to hunger should also prompt questions about what it means to grow up in a food-insecure household year-round.

The rampant affliction of child malnutrition is one of the most under-explored explanations for low social mobility in a country that prides itself on meritocracy: How are children who don't have access to fresh produce or have to skip dinner the night before a test going to compare to their sated peers?

There are volumes of public health studies that link poor nutrition and hunger with low performance in school and behavioral problems. Howard Taras, a professor of pediatrics at the University of California, San Diego, wrote that multiple studies show that "food insufficiency was associated with significantly poorer cognitive functioning, decreased school attendance or diminished academic achievement." Hungry children fare worse in math, are more likely to repeat a grade and come to school late or miss it entirely.

The links between public health and performance in institutions should cause simple-minded education reformers to pause and contemplate how better schools do little for children who are not prepared to perform before they even walk in the door.