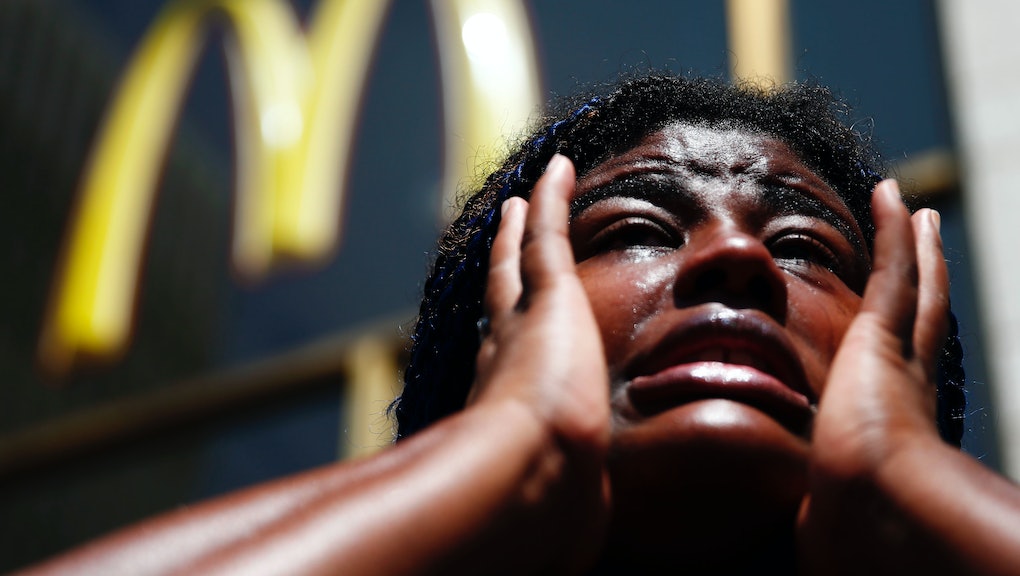 Fast food makes you gain weight, increases your risk of Type 2 diabetes, decomposes at the rate of Happy Meal toys and has created a wage class incapable of meeting its most basic needs. Now it's apparently making us dumber, according to new research.

Researchers at Ohio State University studied 11,700 middle-school-aged children and found even minor increases in fast food consumption were associated with poorer academic test results. Kids who eat fast food on a daily basis saw "test score gains that were up to about 20 percent lower than those who didn't eat any fast food."

Correlation may not be causation, but it's close in this case: The relationship between increased fast food intake and lower test scores held even as researchers took other factors into account, including socioeconomic status, fitness and and school quality (low-income and food-scarce communities have greater access to fast food).

It's not clear precisely why fast food may be affecting children's brains, although according to the Washington Post, a 2013 study showed that fast food is deficient in nutrients like iron, essential for the development of a child's brain.

One possible tactic is fighting brands with brands. Major fast food names like McDonald's have a powerful presence in the lives of children — according to Fast Food Nation, a book that investigated the cultural influence of the industry, 96% of American schoolchildren can identify Ronald McDonald. That's why the first lady's "Let's Move" campaign has joined forces with Disney to reduce junk food advertisement and label healthier foods.