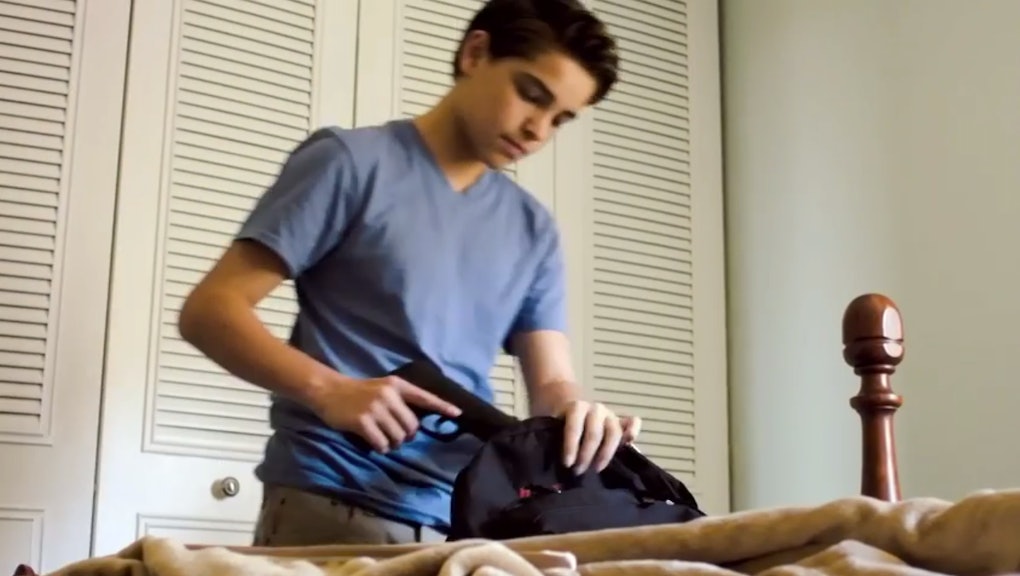 It takes a lot to unite pro- and anti-gun activists, but one incredibly bad PSA coaxing children to end gun violence by committing a series of dangerous crimes has done just that.

Behold this wildly irresponsible PSA by filmmaker Rejina Sincic, which encourages children to steal loaded firearms from their parents' bedrooms, put them in their backpack and attempt to regift them to their teachers:

Well, that's one way to get an immediate resolution to your household gun problem. But there are probably better methods for getting rid of stray firearms than unintentionally simulating a school shooting.

Why would you tell a child to bring a gun to school? Even if you come to grips with that remarkably asinine message, everything in this video shows the absolute wrong way to handle a firearm. (The kid keeps his finger on the trigger, for Christ's sake.) Loose backpacks are not safe ways to transport firearms. The gun appears to be loaded the whole time, including when the child slams it down on his teacher's desk.

Given that there are hundreds of accidental gun deaths every year (591 in 2011), an unknown number of which involve children, Sincic could have been bothered to perform some actual research on firearm safety. Haphazardly bringing a firearm to school often results in tragedy.

Then there's the whole notion that teachers are somehow magical gun disposal boxes, instead of public employees who will immediately call the police when a gun is brought on campus. This kid's parents could be charged with a crime. And what about the kid? Stealing that firearm in the first place qualifies as felony gun theft.

The creator has defended herself: "I'm not telling kids to commit felonies. My message is that kids should not have access to guns in their houses. Kids should feel safe and their schools should be safe zones. I made this video for that purpose," Sincic told Vocativ.

There is a more sinister possibility: Perhaps the video was produced by pro-gun groups to ridicule gun control activists. "I smell a rat here," Coalition to Stop Gun Violence spokesman Ladd Everitt told Vocativ. "To me, this reeks of something that's been planted. It's shocking how this suddenly went viral on right-wing media when no one in our movement is promoting this video. I'm actively questioning who this woman is. And I'd like to know who paid for this and why."

That seems unlikely. A quick perusal of Sincic's Twitter account finds that she has been relentlessly messaging celebrities in an attempt to have them reshare the video. Sincic has other film credits, but a Snopes investigation found little additional information on who funded the PSA or why. Her website was registered over five years ago. If it is a hoax, it would appear to be a well-planned one dating back some time.