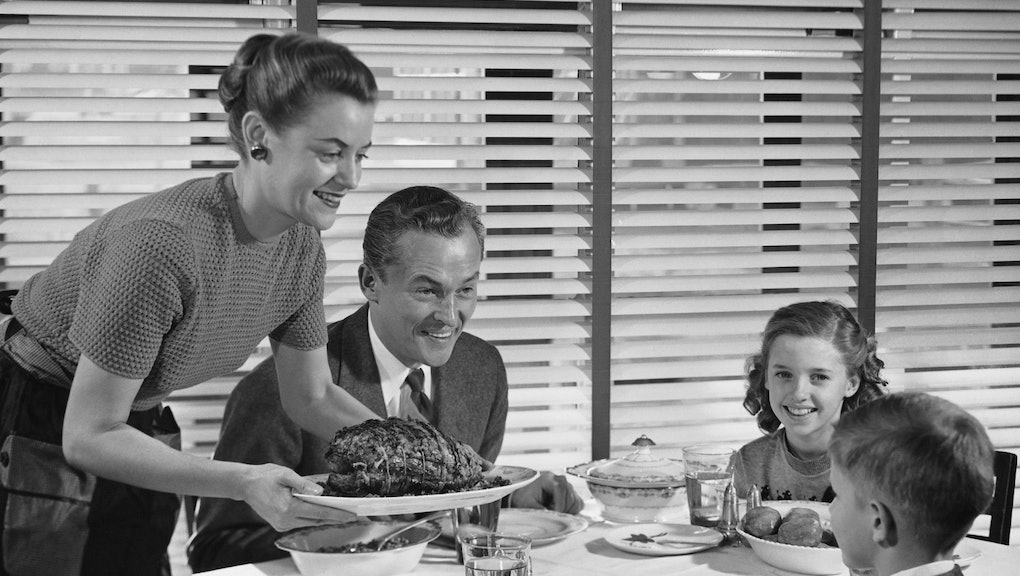 The "Traditional Family" Is Officially Dead

Move over, Ward and June Cleaver — the archetypal nuclear families with a wife, husband and 2.5 kids is not so normal anymore.

A new analysis from the Pew Research Center reveals that less than half of American kids live in families with two heterosexual parents in their first marriage. That's a drastic drop compared to the 1960s, when almost 3 out of 4 kids fit that description.

But that's not where the dramatic shift ends. In fact, 49% of children live with a single parent or one who has since remarried.

How's that for a modern family?

The new data, derived from the 2013 American Community Survey, shows that the idea of what makes a family in the United States has become more diverse and complex over time. Now, some families have two heterosexual parents while others have one or more parents who are gay, lesbian, bisexual or queer. And 5% of kids don't live with either parent at all, which mostly represents children who live with grandparents.

Gretchen Livingston, a senior researcher for Pew, said the rapid changes in the American family structure alter the image of who's attending many holiday gatherings around the country. "While the old 'ideal' involved couples marrying young, then starting a family and staying married till 'death do they part,' the family has become more complex and less 'traditional,'" she wrote.

This data confirms what many know intuitively: There's no right or wrong way to have a family — and that's being represented much more in the images we see and the media we consume. For example, two gay dads welcomed a baby girl with unbridled tears of joy this summer, images of which were captured by photographer Lindsay Foster. According to the Williams Institute, there's an estimated 6 million children in the United States with at least one LGBT parent.

In addition, the artist CYJO's "Mixed Blood" photo exhibition shows that many multiethnic families aren't only diverse in their cultural or racial makeups, but also in how they're structured.

So perhaps it's time the debate end over what constitutes a "traditional" American family. People live in families of birth and in families of choice: What matters most is having a network of love and support.