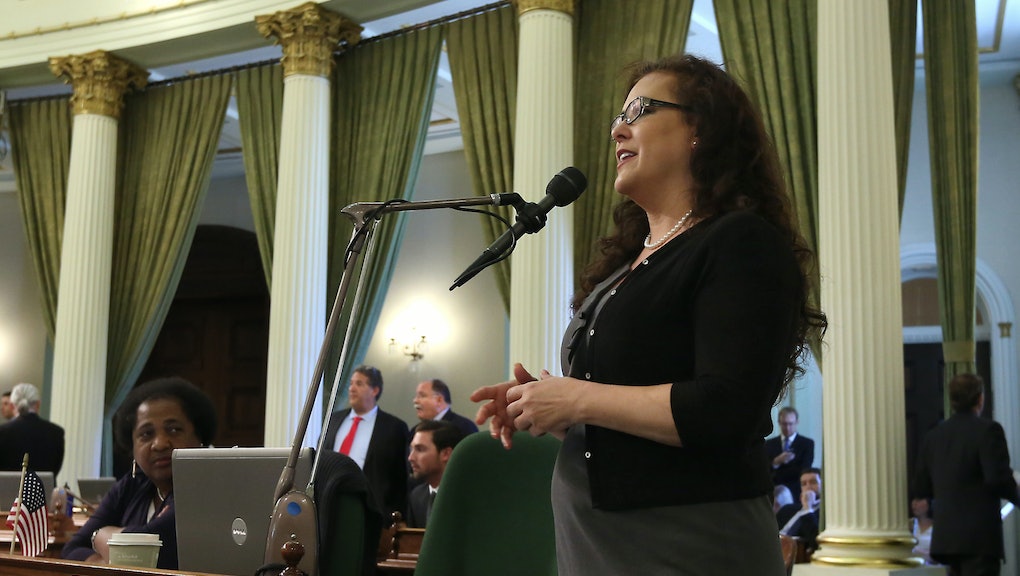 Going to work during the holidays sucks. Would twice the pay make it a little more palatable?

That's the stance of California Assemblywoman Lorena Gonzalez, who proposed a bill that would require businesses open on Thanksgiving and Christmas to pay employees double their hourly rate.

"How do we honor people or the work they do?" Gonzalez told KCET. "[This legislation] is to honor every worker when they have to be away from their family and friends."

The background: The Double Pay on the Holiday Act of 2015 comes in response to the pressure on big retailers like Wal-Mart and fast-food chains like McDonald's to give workers better hours and benefits. This year saw the largest Black Friday strikes ever, many of which focused on Wal-Mart. The retail giant made headlines in 2013 after one store held a Thanksgiving food drive for its own workers.

Wal-Mart has had even bigger troubles in California, where a National Labor Relations Board judge found earlier this month that the company had threatened employees who were trying to organize.

What it means: There are plenty of roadblocks ahead for Gonzalez's bill, including potential religious issues. Is it an unfair burden to ask staffers to work on Dec. 25 if none of the employees actually celebrates Christmas? Should they only get paid double for working their own religious holidays?

There is a slightly different precedent: Massachusetts, Maine and Rhode Island actually don't allow retailers to open on Thanksgiving or Christmas. A Wal-Mart spokeswoman told Mic that the company's stores are already closed on Christmas, and that workers receive an extra day's pay and an additional 20% employee discount for working on Thanksgiving.

So, depending on the company, the bill may not have the effect Gonzalez is looking for. But it can still provide a template for businesses that want to reimburse their workers a little better for missing family time.