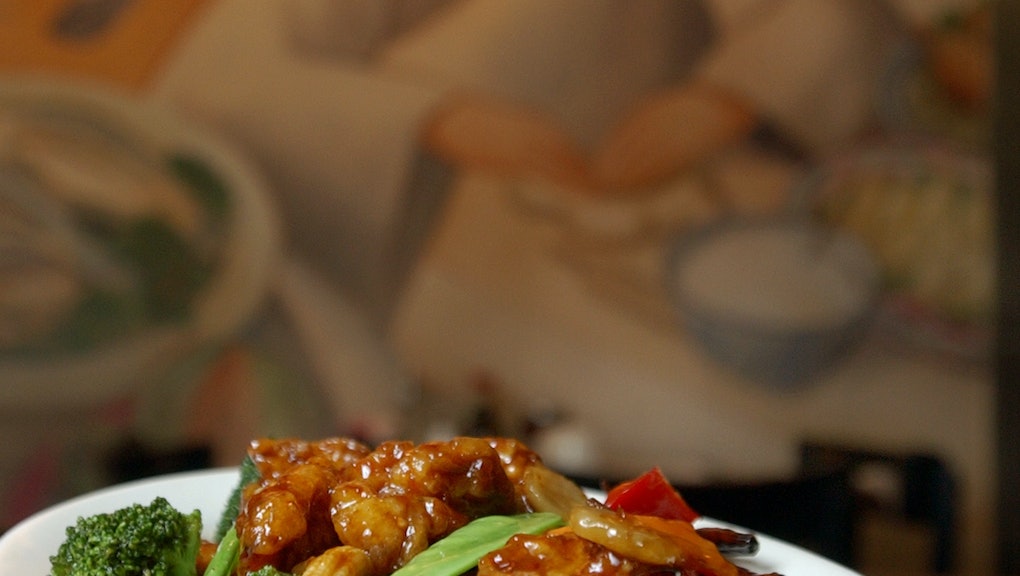 So Why Do Jews Eat Chinese Food on Christmas?

There are two Christmas traditions in America: One for the Christians, and one for the Jews — and, increasingly, everyone else.

While the gentiles open presents, go to church and spend time with beloved family members, the "Jewish Christmas" traditionally celebrated by Jews — and a growing portion of non-Christian non-Jews — is relatively simple: Go to the movies and eat Chinese food.

"Chinese food and a movie. Perfectly pleasant rituals, made special by the fact that the Gentiles are all at home or at church," quips Daniel Drezner in the Washington Post. "After a month or two of listening to Christmas music blasted everywhere, after weeks of avoiding malls and shopping centers because of frenzied Christmas shopping, finally the Jews can emerge and just enjoy a simple ethnic meal and a movie with the other minorities that make help make this country great."

Drezner actually hints at the origins of Jewish Christmas: The seamless combination of cultures from two ethnic minorities in the vacuum of New York Christendom. The Atlantic's Adam Chandler explains:

The story begins during the halcyon days of the Lower East Side where, as Jennifer 8. Lee, the producer of The Search for General Tso, said, Jews and Chinese were the two largest non-Christian immigrant groups" at the turn of the century.

Jewish Christmas has arguably gone mainstream in recent years. As Washington Post's Roberto Ferdman notes, interest in Chinese food spikes considerably on Christmas every year, according to Google search trends. "No other day during the year compares, or even comes close," Ferdman wrote. "Jews, of course, are not the only ones eating Chinese food on Christmas. But few cultures or religions are as famous for the practice in America."

Flavorwire's Sarah Seltzer provides an anecdotal refrain to Ferdman's data-driven examination: "For a few years running I've been noticing my non-Jewish friends glomming onto this tradition too, either for Christmas Eve or Christmas Day. They may not know that the immaculate conception was actually Mary's conception, not Jesus's (a little Biblical fact my Jewish family likes to spring on our non-Jewish friends) but they do know how to find Dim Sum and a matinee on their Holy Savior's birthday."

This is the glory of "Jewish Christmas:" It's the perfect counter-tradition, a beautiful way to turn Christmastime from a purely religious holiday — a holiday that, for many non-Christians, is seen as predicated on exclusion — into tongue-in-cheek acknowledgement of those silly gentile traditions. It's a parallel, complementary tradition to Christmas, a leftover vestige of America's peak era of cultural assimilation, embodied by this fantastic possibly fake Chinese restaurant flier that goes viral every year:

In this sense, Jewish Christmas isn't just for Jews, but for the rest of us. And hey, it sure seems like more fun than Festivus: