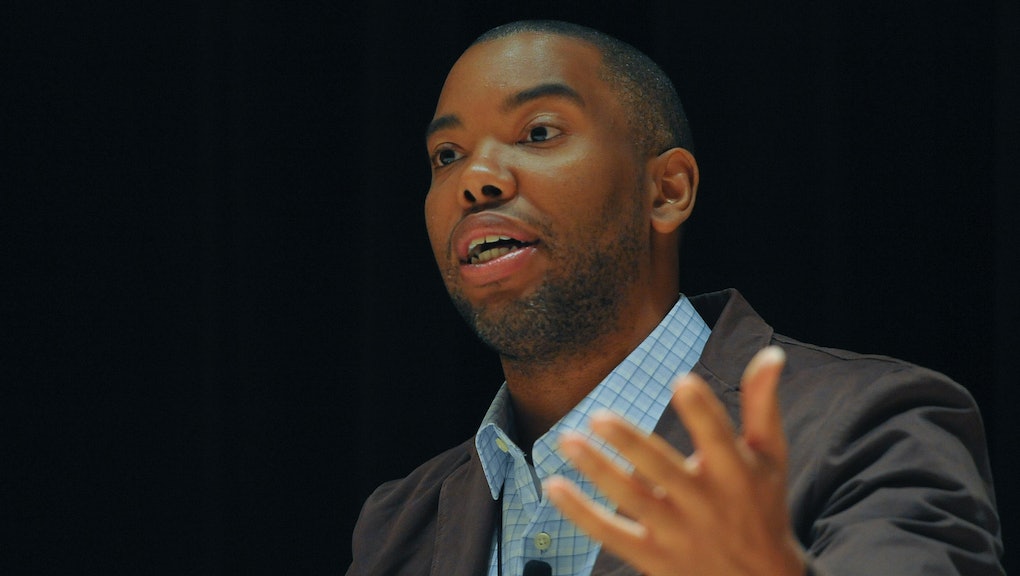 In One Tweet, Ta-Nehisi Coates Reveals the Power of Being Born Black

"It's a privilege for me to be black."

In one tweet, Ta-Nehisi Coates did what he so often does best: elevate the conversation about race in a way that even the most ignorant Americans should be able to understand.

It's not simply that all black lives matter; it's that, for Coates, there is no other race he'd rather be. As he tells it, being black forced the writer to confront the world — and all the racist myths perpetuated in it — with "imposed rigor."

The backstory: This tweet is actually one of a series of tweets sent by Coates in response to an ongoing online debate over the problematic and controversial racial history of the self-described liberal publication, the New Republic. Most recently, Andrew Sullivan critiqued Coates' Atlantic article expounding on that history. But this is not the first time Coates and Sullivan have argued about race on social media, with Sullivan playing the dissident conservative voice to Coates' on several past occasions.

This time around, Coates took to Twitter to dismantle Sullivan's piece, which was filled with rationalizations, like Sullivan claiming that the New Republic must be liberal because the staff is filled with a specific type of people: "You'd think he were writing about a magazine filled with bigoted white Southerners, as opposed to an overwhelmingly Jewish set of writers and editors engaged in a long and internecine debate about what it means to be liberal." In this context, Sullivan's argument uses a logic akin to that of the line "I have a black friend, so I can't be racist."

Coates understands this type of logic as premised in racist myths. In a series of tweets, he explains how his professors at Howard University in the 1990s "broke [his] heart" by destroying those same myths that Coates believed as a 17-year-old kid.

And here is why Sullivan, and white men like him, can continue to spout the same ideas about race relations that Coates just can't:

A privilege of whiteness is being able to believe in myths. Why? Because the entire system of white privilege, and of racism in general, depends on the perpetuation of those myths — myths about the origin of the races, about the "liberating" white man in America and about the "laziness" of black Americans (something Fox News is not adverse to rehashing in their segments on black families, black fathers and single black mothers).

But Coates feels empowered by his ability to see through their facade:

Coates loves being black because it gives him the power of "second sight." It gives him the power to see and expose the entire structure of American racism. This is what he means by "imposed rigor" — it's not only that he could not afford, like white people, to believe in those myths, but that he found power, strength and nobility in breaking those myths.

And this is the power of being born black.