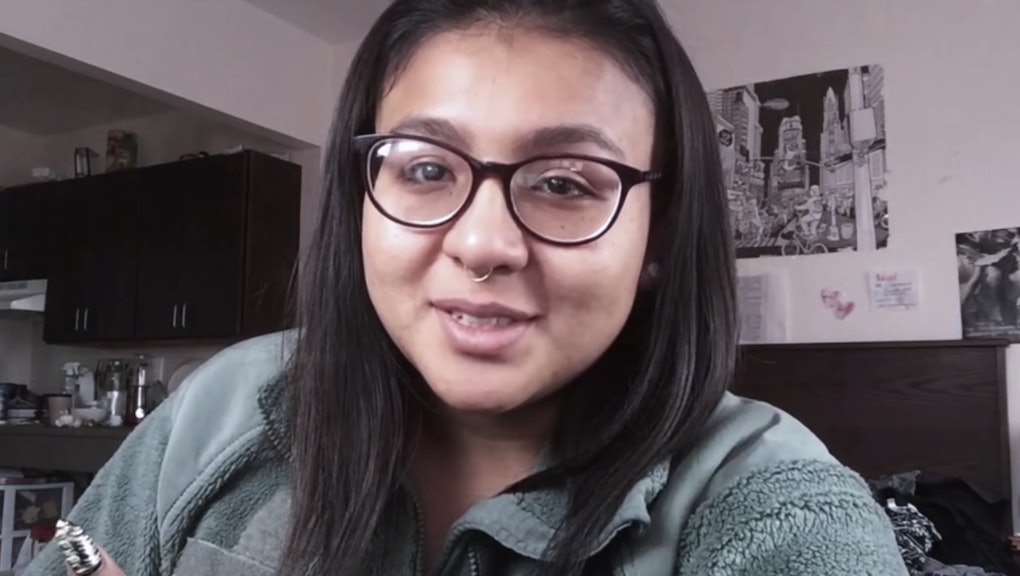 In October 2012, Elisa Lopez's sexual assault was videotaped on the New York City subway. Over two years later, with the help of the anti-street harassment organization Hollaback!, Lopez is the star of a very different kind of video.

The result? By reclaiming her story, she has moved from victim to survivor.

A college student at the time of the incident, Lopez describes how the trauma deepened and eventually affected her grades, as well as her physical and mental health. She felt shame and blamed herself. She also felt frustration, because none of the other dozen or so passengers on that subway car — including Jasheem Smiley, the man who filmed the incident and uploaded it to YouTube — stopped the assault.

Not only did no one help Lopez, but the filming and dissemination of the assault on the Internet was, as Filipovic put it, an additional assault: "The assault was the first violation. The video was the second." This is why Lopez has joined with Hollaback! to raise awareness about bystander prevention and complicity with sexual assault.

"I'm tired of being afraid," Lopez says in her Hollaback! video, which includes graphic footage of the actual assault. "It's important for me to tell my story."

While there has been no arrest in the case, Lopez is taking control of her own story in the hope that she can help other survivors of sexual assault, especially other military service members, find power in reclaiming their stories.