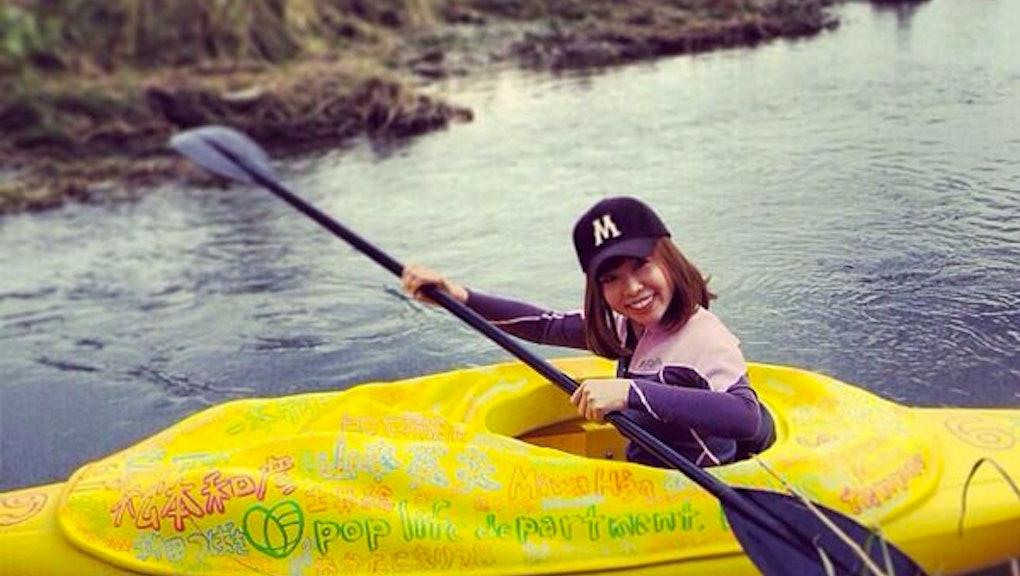 A Kayak Shaped Like a Vagina Just Got This Artist Indicted

In Japan, the land of tentacle erotica and used underwear vending machines, a kayak in the shape of an artist's vagina has sparked a national debate about the nation's strict obscenity laws.

Japanese artist Megumi Igarashi, whose provocative work has gotten her arrested twice in the past year for distributing "obscene" design files to make three-dimensional models of her vagina, has been indicted on those same charges. Igarashi, who goes by the pseudonym Rokudenashiko ("good for nothing girl"), was initially arrested after Japanese authorities intercepted emails of printed data of her vagina, which the artist had been sharing in an effort to crowdfund her most ambitious project to date: a seaworthy, vagina-shaped kayak nicknamed the "pussy boat."

Hopefully, the backlash against the indictment will foment a change in Japan's censorious pornography laws before the nation is rendered incapable of recognizing even the most basic female anatomy — like the Mic offices: