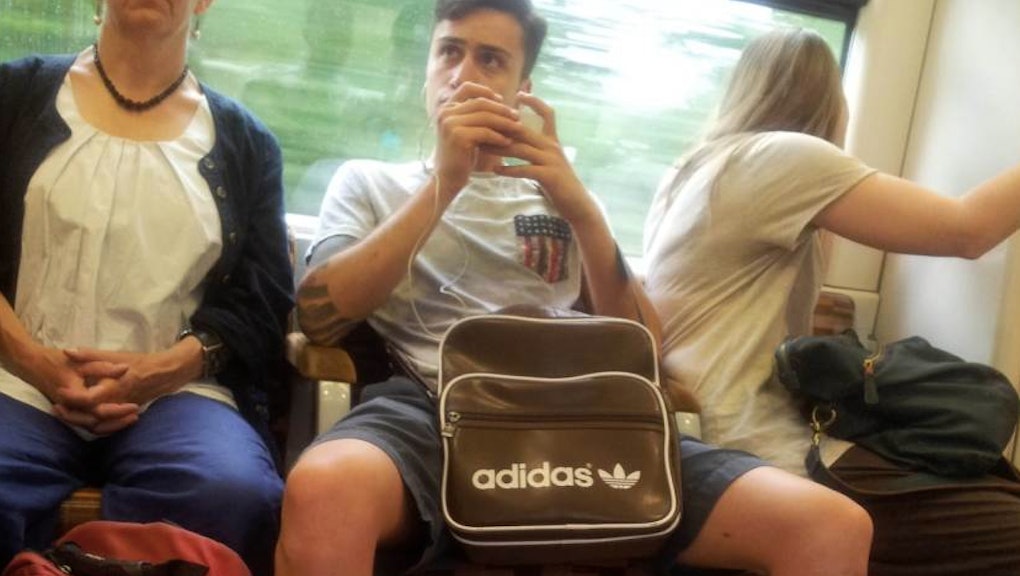 Man-spreading: It's a thing. But depending on who you ask, it's either an awful display of male privilege or a biological necessity.

Transportation authorities, at least, seem to be erring on the side of public nuisance, with New York's Metropolitan Transit Authority planning to roll out a courtesy campaign in January that will target man-spreaders. Now it looks like Toronto plans to follow suit. And Canadian men's rights activists are mad as hell about it.

In response to anti-man-spreading legislation, the somewhat deceptively named (according to some) Canadian Association for Equality has started an online petition protesting Toronto's proposed ban, arguing reverse sexism, of course. "We can't force woman to stop breast feeding on buses or trains and we can't force them to stop bringing strollers on," the petitioners claim. "Why should we force men to close their legs? This is sexism, plain and simple, and it cannot be passed."

The petition has around 900 supporters as of Monday afternoon, many of whom have volunteered their own reasons as to why the man-spreading ban is unfair. Here is a sampling:

As someone who has testicles, that shit sticks to your legs like fucking superglue.

But seriously, bros, it's not about biology. It's about a complete lack of courtesy. As Mic's Derrick Clifton put it, the issue "reflects a world where the experiences and bodies of men take center stage — literally — and where most men will place their own comfort above the needs of others, including women."

Jezebel's Mark Shrayber, a self-proclaimed "proud owner of a pair," buttressed this sentiment, saying, "Unless one is suffering from some kind of condition, most men can, in fact, keep their legs closed and even cross them ... constricting the testicles and yet keeping them totally safe! That's why you don't hear about testicle injuries that much: It's not misandry, it's just that it doesn't happen."

So let's scrap the hysteria over potential ball damage and acknowledge man-spreading for what it really is: disrespect.