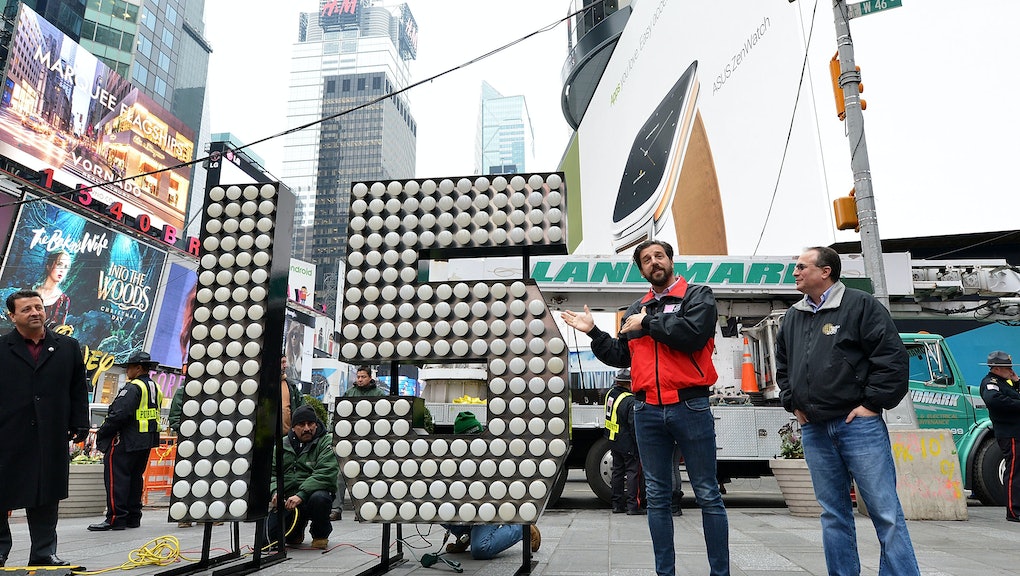 One Map Proves That Americans Are New Year's Eve Lightweights

According to data collected by Jawbone, manufacturer of the UP fitness tracker, even Saudi Arabia manages to stay up later than America does on New Year's Eve. Using information provided by hundreds of thousands of UP wearers who used the tracker to follow their sleep patterns last year, Jawbone created an interactive map showing the percentage of users in each country who make it to midnight — and how many will likely keep partying until well into 2015.

As you can see, Americans barely make it past the stroke of midnight before we start hitting the hay. Only 71.2% of UP users in the U.S. are awake at midnight, compared to 79.4% of Canadians, 84% of Brits and an astonishing 95.4% of Russians, whose New Year's celebrations form a sort of super-holiday across 11 time zones.

No American city even cracks the top 15 on Jawbone's list of cities that rage until dawn:

The U.S. isn't the only country headed to bed so soon — China and Israel make it a relatively early night, but both those nations have their own New Year's celebrations in late January and autumn, respectively, when they stay up way later:

What gives? It could be the weather — nations below the equator have the benefit of celebrating the New Year in the middle of summer, which might explain the heavy distribution of South American cities in the top 10 "late night" list. After all, it's a lot easier to stay out late when you're partying on a beach than when you're crammed by the thousands into freezing Times Square. A lack of decent public transportation may also play a factor — European capitals make it a lot easier for revelers to make it safely home than most American cities. Heck, it could be people who are super excited about the 8 a.m. Rose Parade.

Or maybe we're just too drunk. America's early bedtime on New Year's Eve could very well be the end result of a night of heavy alcohol consumption. If you've been downing champagne since Anderson Cooper and Kathy Griffin first started gal-palling on CNN (as well you should) you're likely just about ready for shuteye once midnight finally rolls around.

So don't feel bad if you're headed to bed on the early side on New Year's Eve, Americans — nearly a third of your countrymen are already asleep.