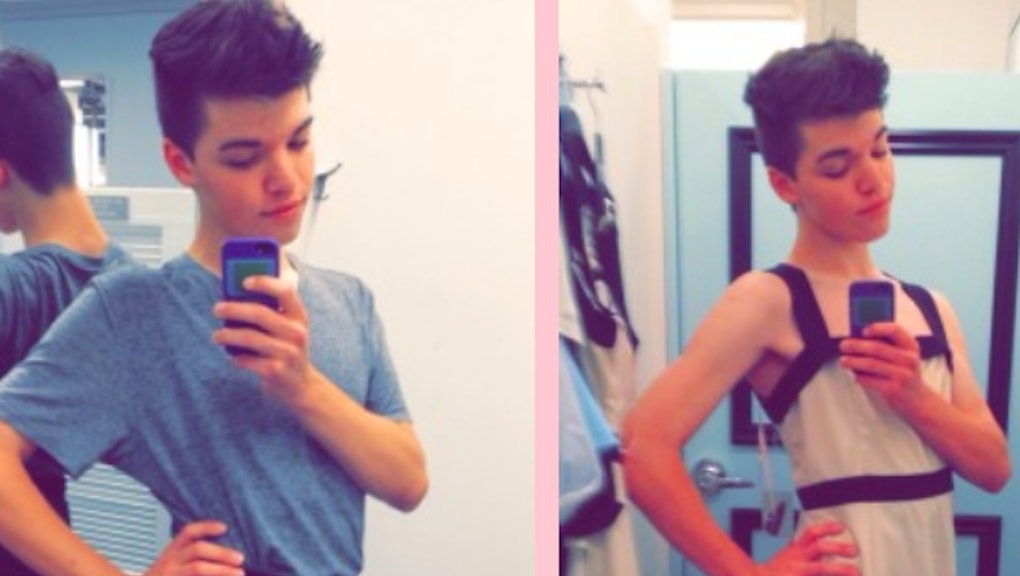 For some LGBT Americans, it just doesn't get better soon enough.

After what she claimed was years of emotional abuse from her devout Christian parents, 17-year-old Leelah Alcorn couldn't bear it any longer. During the early morning hours on Sunday, three days after Christmas, the Kings Mills, Ohio, teen allegedly stepped in front of a passing semi on a nearby highway, killing herself.

At time time, investigators weren't sure of the circumstances surrounding Alcorn's death. But later that day, pre-scheduled goodbye notes appeared on her Tumblr.

The notes are nothing short of heartbreaking.

"Please don't be sad, it's for the better. The life I would've lived isn't worth living in... because I'm transgender," Alcorn shared in one post. Alcorn wrote she had revealed her personal truth to her parents a few years ago, only to have them reject it as a phase and a fantasy. She would never truly be a girl, her mother said, because God doesn't make mistakes.

"If you are reading this, parents, please don't tell this to your kids, even if you are Christian or are against transgender people don't ever say that to someone, especially your kid," Alcorn wrote. "That won't do anything but make them hate them self. That's exactly what it did to me."

Alcorn's Tumblr still holds the hallmarks of a teenager struggling to find herself — posts about LGBT and trans community issues, anime princesses such as the girls from Sailor Moon, TV and movies, snarky GIFs about relationships and even selfies. But the tone had turned darker lately, as one reblogged image with suicide ideations included the message "All I have to do is jump, and then everything is over."

In her note, Alcorn said her parents only took her to Christian therapists, repeatedly refusing to allow her to transition as a minor. When Alcorn rebelled, coming out as gay at school in an effort to ease into her trans identity, she said her parents cut her off from her friends and social media for several months, which led her to feel even more depressed. (The few friends Alcorn said did stick around were mentioned in a separate Tumblr post.)

Unfortunately, deaths like Alcorn's are all too common. According to a study referenced by the Williams Institute, 41% of transgender people attempt suicide, almost 10 times the same rate for the general American population — but the researchers say not much information is available about completed attempts. Each year, on Nov. 20 and throughout the month, the trans community and their supporters gather for the Transgender Day of Remembrance.

In her Tumblr note, Alcorn said she wanted her belongings sold and the profits donated to the transgender rights movements. She also asked to be added to the list of transgender people who were killed or committed suicide this year — because Alcorn doesn't want her death to be in vain.

"The only way I will rest in peace is if one day transgender people aren't treated the way I was, they're treated like humans, with valid feelings and human rights. Gender needs to be taught about in schools, the earlier the better," Alcorn wrote.

"My death needs to mean something. My death needs to be counted in the number of transgender people who commit suicide this year. I want someone to look at that number and say 'that's fucked up' and fix it. Fix society. Please."

And following the reports of her death, some say they'll continue working to do just that via the hashtag #JusticeForLeelahAlcorn.