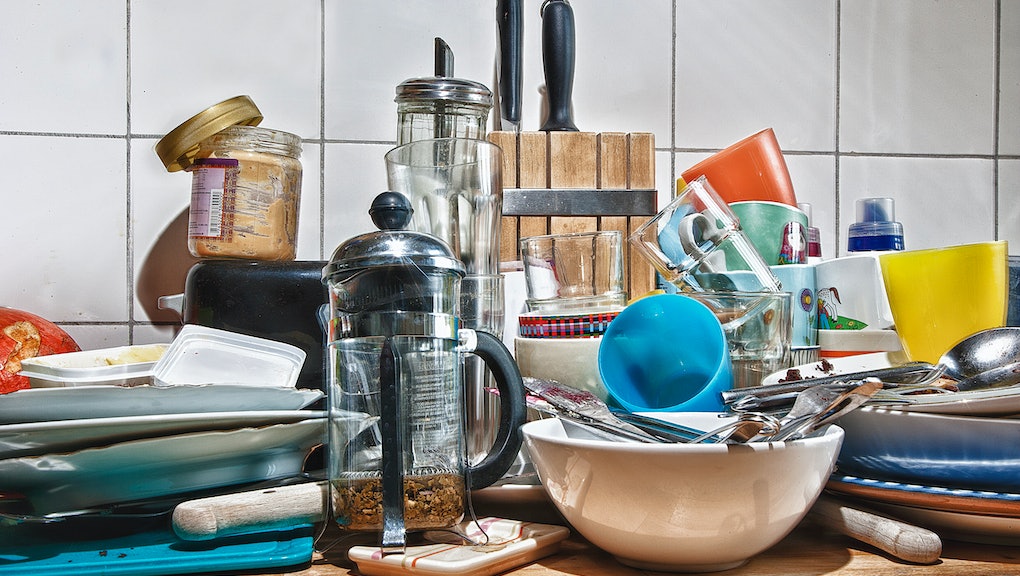 You can make ramen or reheat a frozen pizza like a boss, but the idea of hosting a dinner party terrifies you. You're the one who "doesn't know how to cook," and everyone knows it. Sound familiar?

The good news is that all the less-than-confident chefs out there could get a helping hand when cooking for others. According to science, getting the most mileage out of your cooking skills is all about creating the right atmosphere.

Music can actually change the taste of food. Yes, you can adjust the flavor of your foods by playing music with either high or low pitches. Researchers at the University of Oxford found that a soundtrack with lower notes emphasizes bitter tastes — great for first courses and appetizers — while higher pitches bring out sweet tastes, which is something to keep in mind when adding spices. Odors were also found to correspond with different pitches: Food with bright citrus or sweet floral smells are brought out by higher pitches, while earthier odors like coffee or truffles are accentuated by low tones.

Another study found that loud background noises might dull the taste of food — sweetness, saltiness — but actually give a heightened sensation of crunch. (Important to keep in mind for all those over-seasoners out there.)

Moverover, Brian Wansink of the Cornell Food Lab found that the right music plays a large role in your overall dining experience. In a test, softer light and music led participants to rank food as more tasty. In other words, turn on jazz or classical.

Don't forget about lighting. Take a cue from the last fancy restaurant you dined at and dim the lights. Fluorescent lights remind people of work, grocery stores or their local McDonald's — none of the associations you want when passing off your simple canapés as culinary gold. Research has shown that mood lighting causes people to eat more slowly and get more enjoyment from their meals.

Smaller plates are better. Though you might be tempted to spend all your culinary energy on a beautiful roast ham or vegetarian lasagna, guests will get more enjoyment out of a variety of small bites. Food boredom is real. Psychologists have thoroughly established that enjoyment of a dish diminishes as you eat more of it. However, eating small portions of a variety of foods can lessen this effect and make each new bite feel like the first time.

So, worried chefs, go with small dishes and up the variety — less to stress you out and less chance of your guests judging your food as boring.

Fancier glasses, better tasting booze. As for drinks, you can also work a slight of hand to impress with your cocktail-making skills, even if they're nonexistent. Multiple studies have shown that people rate food or drinks that they perceive to be expensive better than bargain edibles. Though researchers have often put cheap wine in expensive bottles for these studies, you don't have to completely lie to your guests. Make up some batch booze — try a house punch, sangria, or cocktail if you don't have a full bar — then serve it all in nice glasses. Read: No red plastic cups. No one will know it's Two-Buck Chuck, and they'll be singing your bartender praises.

Utensils matter. Just as serving punch from a glass bowl will taste better than pouring it out of a cooler, proper plating is key to getting the extra gastronomic mile from your food. Researchers Vanessa Harrar and Charles Spence found that utensils can actually impact the flavor and perception of food. Lighter spoons, forks or knives will make food seem richer. Color coordinating your utensils to your food will make an eater enjoy it more.

Even better news for those who don't like dishes: This can all be accomplished with plasticware. The study also found that using "fancy" silverware didn't impact taste for better or worse.

So the next time you're nervous about feeding a group of people, don't spend hours watching the Cooking Channel — just review some Psych 101. You'll be fine.