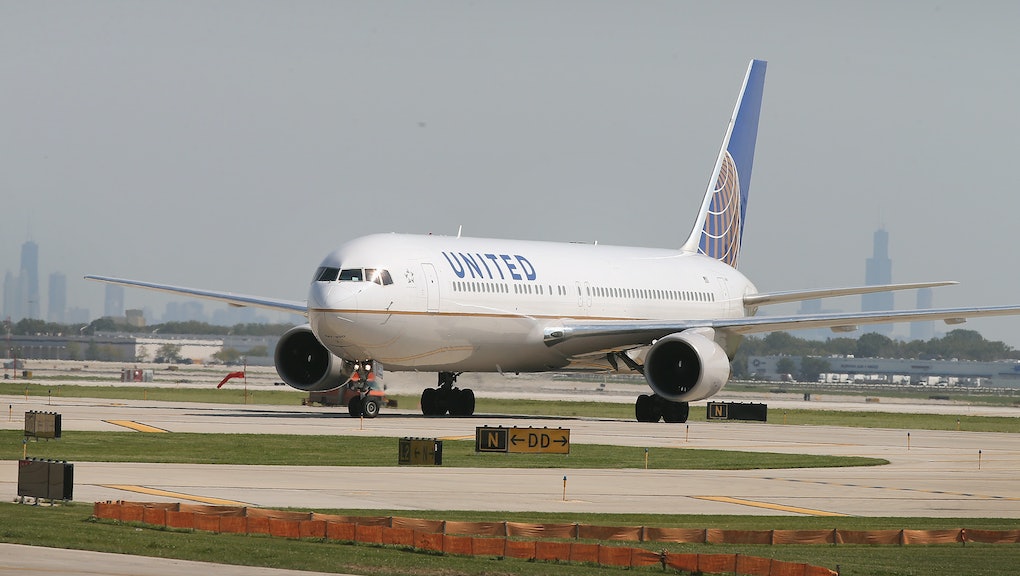 One New York man figured out a weird trick to get lower airfares — and airlines hate him for it.

United Airlines and travel booking site Orbitz are suing Aktarer Zaman over Skiplagged, a site the 22-year-old created that lets users book fares that are sometimes well below market rate. The companies want $75,000 in lost revenue from Zaman over his use of "hidden city" ticketing.

It's not an illegal practice, though it is a sneaky one. Still, with expensive flights, mounting fees and frustrating service, many consumers were happy to squeeze some savings out of big airlines like United.

How it works: Hidden city ticketing works by booking a cheap ticket that has a layover in the city you actually want to go to. Take a New York to San Francisco flight, as CNNMoney explains — it might be cheaper to book a flight from New York to Lake Tahoe with a San Francisco layover (making it the "hidden city" in the booking). Passengers simply exit the plane at the layover instead of continuing on, allowing them to secretly pay less for their flight.

It doesn't work in all cases — you can't have checked luggage (unless you don't mind losing it) and it only works on one-way flights. But it works often enough to get Skiplagged, which searched airfare sites to find hidden city fares. The savings could vary widely but could end up being more than half off, even on international flights.

Frequent flyers know about hidden city ticketing, but scraping sites to find those fares easily is what draws United's ire. Other airlines have called it unethical, and generally say it goes against the terms of purchase to get off the plane before your stop.

The reaction: United and Orbitz say Zaman offers unfair competition and implies that he works with them by linking to their sites from Skiplagged.

"This practice violates our fare rules, and we are taking action to stop it to help protect the vast majority of customers who buy legitimate tickets," a United spokeswoman told Mic in a statement.

Zaman has put a link up on the site asking users to help fund his legal defense.

"Skiplagged's sole purpose has always been to help you become savvy travelers," he wrote in a letter on the donation page. "We have been doing that by exposing pricing inefficiencies for air travel, among other things. Unfortunately, we have been doing too good of a job so United Airlines and Orbitz recently teamed up with a lawsuit to get in the way."

It's easy to see why United doesn't like buyers taking advantage of hidden city fares. But there's probably a good way for United to correct its pricing structure without suing a 22-year-old.