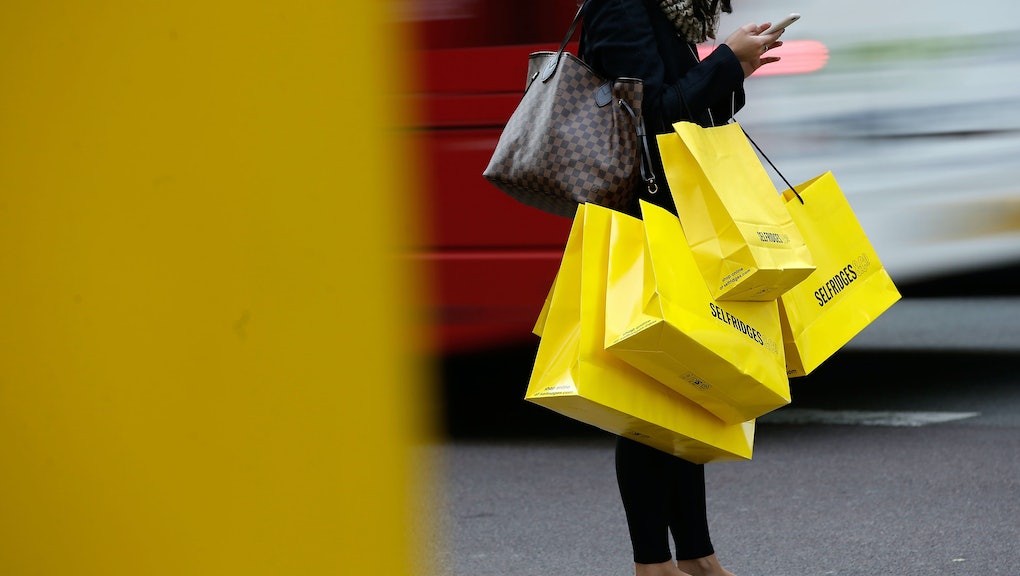 For the First Time Since the Great Recession, Americans Are Optimistic About the Economy

The news: For the first time since a massive housing and credit crisis took down the U.S. economy in 2008, destroying millions of jobs and tanking the stock market, Americans are finally starting to have a more positive outlook on the nation's economy.

According to the findings of a recent Gallup poll, 4% more Americans think the economy is "improving" rather than getting worse. This rise in confidence means people are getting more comfortable with the idea of going out and spending their money, which is a key ingredient in improving the economy as a whole. When paired with promising employment numbers and other positive signs, this could mean the recovery is finally kicking into higher gear.

"U.S. consumers' attitudes are ending the year on a high note, as their confidence in the economy is back in the black for the first time since the Great Recession and the stunted recovery," writes Gallup's Andrew Dugan. "And, judging from past years, economic perceptions are more likely than not to continue to improve."

By the numbers: Gallup compiles its Economic Confidence Index by combining two measures: how confident Americans are in the economy and whether they think it's getting better or worse. This results in a number which has a baseline of zero, with a maximum confidence level of 100 and a minimum of -100.

The score for last week was a "2." That may not seem earth-shattering, but it's the first time the index has been positive since the recession, capping off an overall rise since October.

Though 27% respondents rated the economy as "excellent" or "good" while another 27% called it "poor," the bump to "2" was the result of 49% saying the economy was getting better, while just 45% said it was getting worse.

What it means: Simply put, Americans' confidence is on the rise. The Dow index, an (imperfect) measure of the stock market, hit a record high this month, and more Americans are quitting their jobs, which is actually a good thing — it means more feel comfortable enough finding new ones in the economy.

That doesn't mean everything is hunky-dory. Roughly 45% of people say things are getting worse, after all, while many still think the U.S. is in a recession. And the recovery is mainly happening for white Americans, especially those who are already well off — many others haven't really seen gains.

But this is still good news overall. More confidence in the economy theoretically means more spending, investment and job changing, making the cycle positive once more.