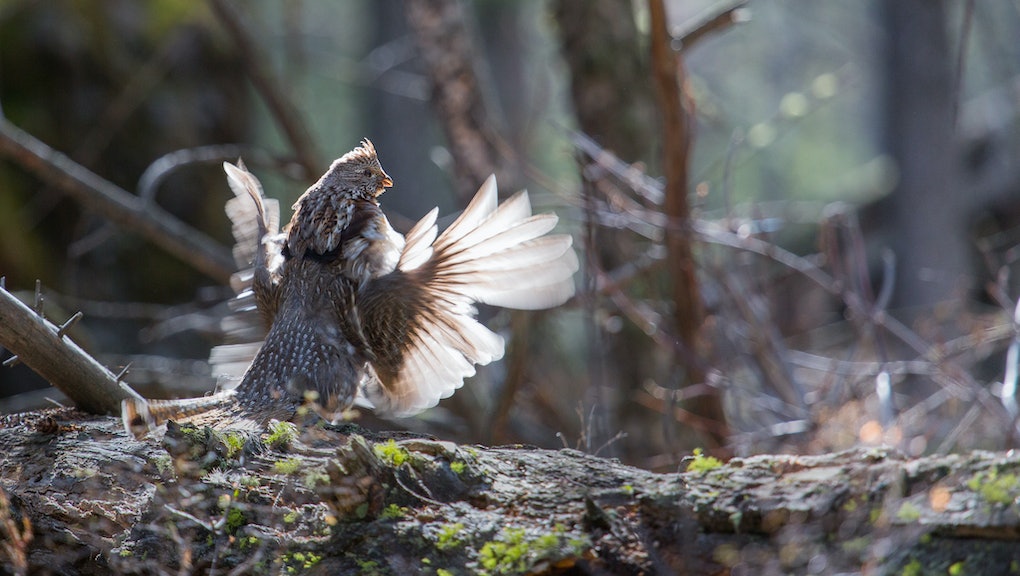 Why Scientists Got a Bunch of Songbirds Super Wasted

Sometimes you just have get some songbirds super wasted in the name of science.

In order to determine the effects of alcohol consumption on birds, researchers from the Oregon Health and Science University deliberately spiked some zebra finches' drinks to measure the impact on their singing ability. As it turns out, just like most people who've had one or two too many, birds start slurring their speech after they become intoxicated.

The results, published in PLOS ONE last week, shouldn't be a surprise to anyone who's been to karaoke night: Just like a group of whiskey-swilling insurance agents trying to sing "Don't Stop Believing" in unison, things didn't work out quite as planned for the finches.

The science: Drinking to a .05 to .08 BAC caused the birds to sing with an "altered acoustic structure," including signs of "decreased amplitude and increased entropy, the latter likely reflecting a disruption in the birds' ability to maintain the spectral structure of song under alcohol." In other words, they started slurring.

The research also provided evidence that alcohol affects certain regions of the brain more than others, since certain syllables in the birds' complex song structure got a little more slurred than the rest.

According to lead researcher Christopher Olson, one of the more surprising aspects of the study was that zebra finches seemed just as susceptible to the allure of booze as humans. "At first we were thinking that they wouldn't drink on their own because, you know, a lot of animals just won't touch the stuff," he told NPR. "But they seem to tolerate it pretty well and be somewhat willing to consume it."

So why birds? The authors write that "the alcohol impairment of human speech production remains poorly understood," partially because it is difficult to perform "detailed mechanistic studies in humans." They also lack an appropriate animal model for testing hypotheses.

That's where the little birdies come in. It turns out that studying birdsong is actually very helpful for scientific understanding of human speech. The Washington Post's Rachel Feltman notes that birds learn to sing in a similar manner as humans learn how to vocalize speech and the two animals even use the same genes to do so. The report's authors paid special attention to the "remarkable similarities" between human and bird "vocal control circuitry," making the sloshed finches a good model for "understanding how complex motor abilities like learned vocalizations are affected by alcohol."

The authors conclude that the finches were a success. Using the hard-partying fowl, "specific hypotheses about how alcohol affects the neuronal control of learned vocalizations are highly testable." One application of the science could be bioacoustics analysis of human speech, such as cars that give drivers sobriety tests before letting them on the road or a (really annoying) app that guesses how wasted you are just by listening.

If you're concerned about the birds, don't worry: Jezebel notes that the birds usually live in an enriched environment. But still no word from the researchers on whether the finches turned into real jerks after a few too many. Either way, at least they're not turning into this guy: