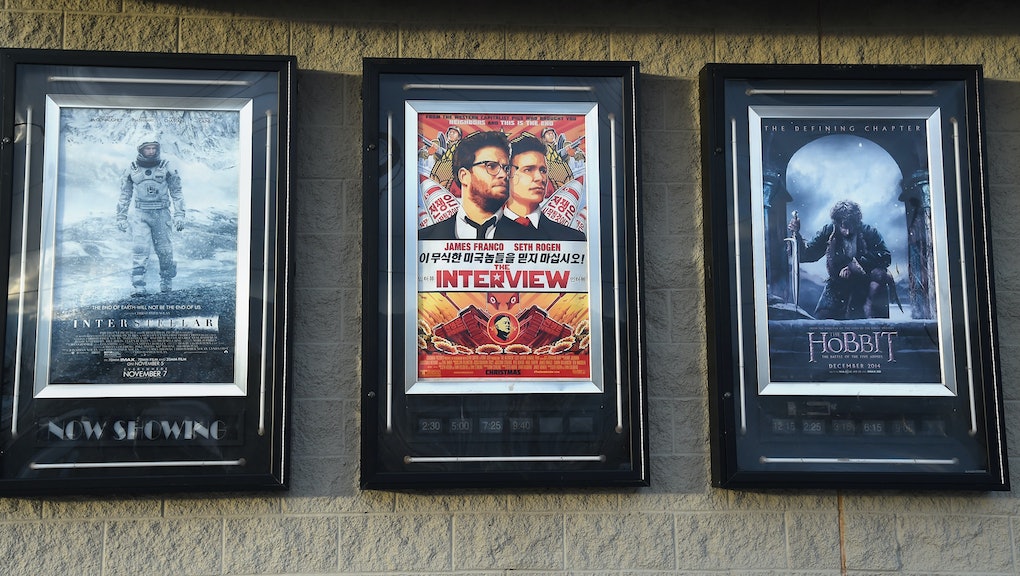 South Korean Activist to Airdrop 'The Interview' Over North Korea

The Interview may end up playing in North Korea after all.

A South Korean activist told the Associated Press on Wednesday he plans on launching balloons carrying 100,000 DVDs and USBs of Sony's The Interview toward North Korea in an attempt to "break down a personality cult built around dictator Kim Jong Un."

Park Sang-hak, a former North Korean government propagandist and now chairman of Fighters for a Free North Korea, said he plans to start his aerial bombardment as early as late January 2015. The Associated Press reports, "Park, a North Korean defector, said he's partnering with the U.S.-based non-profit Human Rights Foundation, which is financing the making of the DVDs and USB memory sticks of the movie with Korean subtitles."

"North Korea's absolute leadership will crumble if the idolization of leader Kim breaks down," Park told the Associated Press.

Believe it or not, the use of balloons to communicate to North Korea is surprisingly popular among democracy activists. The Hollywood Reporter reported that Fighters for a Free North Korea has for years used balloons to deliver transistor radios, DVDs and other items into North Korea — "not to entertain the deprived masses but to introduce them to the outside world."

The Human Rights Foundation has been helping bankroll the balloon drops for the past two years. According to the Hollywood Reporter, the past dozen or so drops "have included copies of movies and TV shows like Braveheart, Battlestar Galactica and Desperate Housewives. Anything with Arnold Schwarzenegger and Sylvester Stallone is also popular."

The last balloon campaign was in October, when South Korean activists floated propaganda leaflets against Kim across the border. The messages were immediately shot down by the North Korean military and led to a line of shootings between both sides.

Still, human rights activists are hopeful that The Interview — the bawdy, dick-laden Seth Rogen and James Franco mockery of Kim — will help undermine the Kims' iron grip over the North Korean populace.

"Viewing any one of these is a subversive act that could get you executed, and North Koreans know this, given the public nature of the punishments meted out to those who dare watch entertainment from abroad," Human Rights Foundation creator Thor Halvorssen told the Hollywood Reporter.

"Despite all of that there is a huge thirst for knowledge and information from the outside world North Koreans risk their lives to watch Hollywood films ... and The Interview is tremendously threatening to the Kims. They cannot abide by anything that portrays them as anything other than a god. This movie destroys the narrative."

An earlier version of this article cited and linked to the Associated Press, but did not include quotations around the phrase "Park, a North Korean defector, said he's partnering with the U.S.-based non-profit Human Rights Foundation, which is financing the making of the DVDs and USB memory sticks of the movie with Korean subtitles." The story has been updated to fully attribute the Associated Press' language.