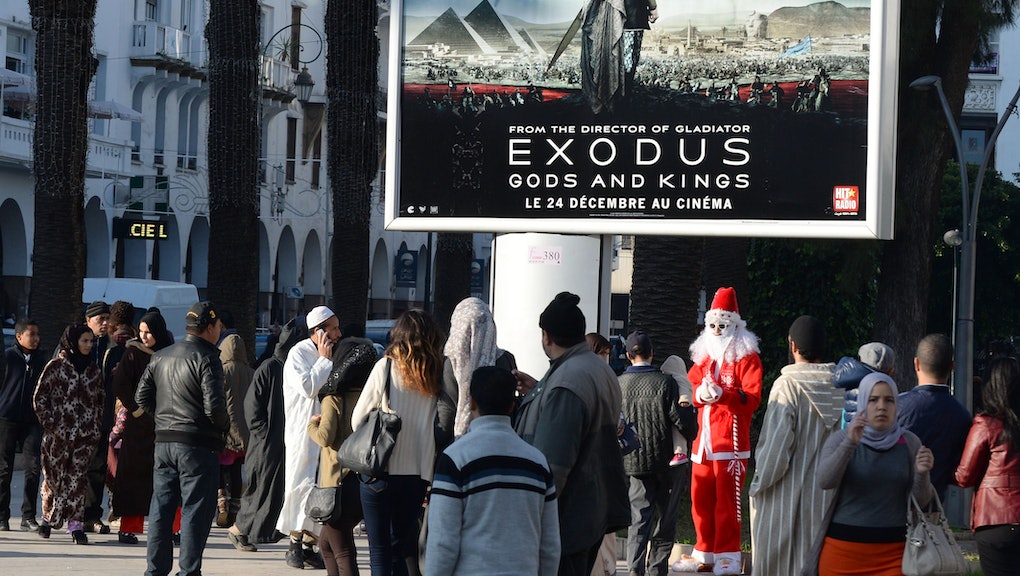 The Hollywood production Exodus: Gods and Kings was banned in Egypt, Morocco and the United Arab Emirates this week after censors from the Muslim world decreed the religious epic's content inappropriate for national audiences.

Starring Christian Bale as Moses, the biblical re-enactment tells the story of the Jews' escape from slavery in Egypt over 3,000 years ago. It's that depiction of Moses, an important prophet in Islam, Christianity and Judaism, as well as the narrative angle of the biblical exodus from Egypt, that has offended Muslim authorities.

Each of the three countries has offered a differing reason for their bans.

According to Egypt, the film distorts the country's history and also presents a "racist" image of Jews, the Associated Press reported. Censors released an official statement explaining their offense, saying they objected to the "intentional gross historical fallacies that offend Egypt and its pharaonic ancient history in yet another attempt to Judaize Egyptian civilization, which confirms the international Zionist fingerprints all over the film. The statement also said that the film depicted ancient Egyptians as "'savages'" who kill and hang Jews.

Morocco's main objection was to how the film portrayed God. In Islam, it is forbidden to "represent God." Morocco's governing coalition is led by an Islamist party (though most power resides with the king), and the Moroccan Cinema Commission's decision to ban Exodus involved a scene in which a child, which could be interpreted as representing God, speaks to Moses.

The Associated Press reports that the commission had originally authorized the film, but its leader, Sarim Fassi-Fihri, said a representative of the Communications Ministry had objections. After a second viewing, the panel banned the movie.

The UAE cited the film's "many mistakes not only about Islam but other religions too" as their reason for not releasing Exodus. However they did not go into specifics as to which scenes or narrative choices were flawed.

This isn't the first flak that this film has caught either. The film also faced "publicity and image problems in the U.S. over the cast's lack of ethnic diversity," Gulf News reports. Despite the fact that the film is supposed to be set in ancient Egypt, all of the main characters were played by white actors.

But while this film in particular may be embroiled with several points of controversy, this is certainly not the first time that a religious film has been banned in the Muslim world. According to the Associated Press, "artistic works dealing with religion are often banned in the Muslim world because religious scholars argue that the depiction of prophets is unacceptable," as they often tend to be "at odds with the Islamic portrayal of biblical prophets."

Despite the controversy inherent in the making of religious films, Hollywood keeps on making them, and in increasing numbers. And they should: Though the Muslim world may have every right to disagree with Scott's depiction of the Jewish exodus from Egypt, censorship shouldn't stop others from telling their vision of the story.