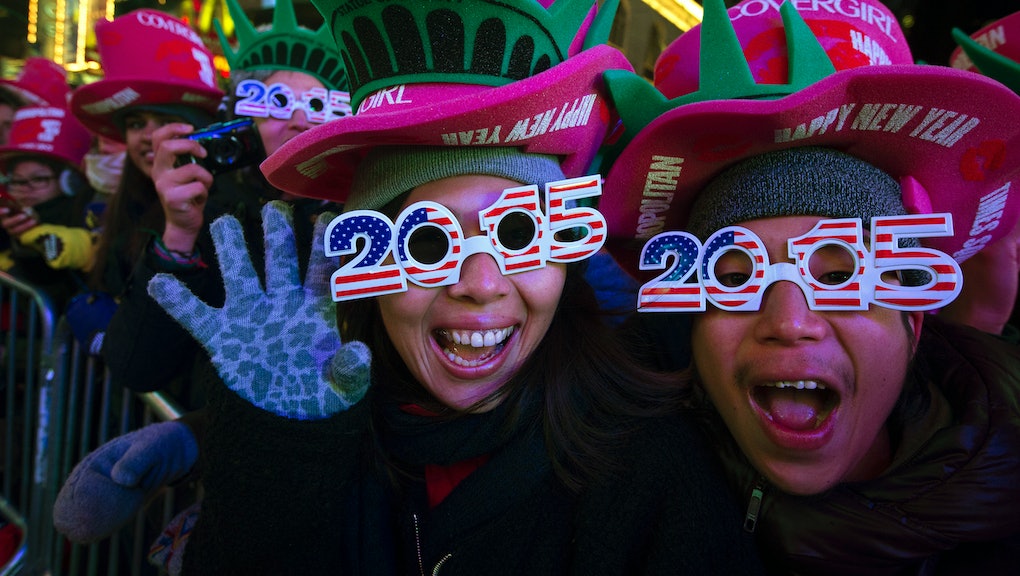 The coming year figures to be a bruising one for our future presidential candidates, but there is more at stake in 2015 than jockeying for position ahead of the 2016 primaries. For the first time in nearly a decade, Republicans have a clear majority in both chambers of Congress. Obamacare faces yet another existential threat in the Supreme Court. And if you like reading — or, more to the point, fishing for juicy gossip in books written by ambitious politicians — there is a bumper crop headed your way. Jeb Bush, Marco Rubio, Rand Paul and Ted Cruz, to name a few, all have plans to publish in the coming months. The Republican Party, meanwhile, has already released plans for its first primary debate.

Here, then, is a first look at the most important dates on your 2015 political calendar. In the coming weeks and months, we'll learn more about the Democrats' debate plans and get a full schedule from the GOP. In the meantime, clear your schedule — 2015 is going to be awesome.

The GOP's congressional reign begins with tax felon Rep. Michael Grimm (R-N.Y.) formally resigning his seat. Gov. Andrew Cuomo, a Democrat, will then set a date for a special election to take place no more than 80 days later. The heavy favorite to win the seat is Staten Island District Attorney Daniel Donovan. He was the prosecutor who didn't deliver an indictment in the Eric Garner case. If he runs, the campaign could get really ugly.

Sen. Marco Rubio (R-Fla.) releases the first of the obligatory pre-campaign books of 2015. There are a lot more to come. His is titled American Dreams: Restoring Economic Opportunity for Everyone. It will presumably include a lot of talk about how the U.S. is, in fact, a country of "haves and soon-to-haves."

Huckabee could be loading up for another presidential run or he might just want to sell some books and promote his Fox News show. Or maybe both.

On this date in 2007, then-Sen. Hillary Clinton announced the beginning of her ill-fated presidential campaign. Some pundits suggest she might sit back a little longer this time around, while others believe she could make it official in the next few weeks.

The Department of Homeland Security, which carries out national immigration policy — notably President Barack Obama's historic series of executive actions — runs out of money at the end of February.

Republicans left the DHS out of December's big spending bill to give themselves a little bit of leverage in trying to scale back the White House's immigration action. It's unlikely they'll succeed, given that the new rules pay for themselves, but there will need to be some kind of agreement made in order to keep favorites like the Transportation Safety Administration up and running and waiting on airport security lines.

Has Sen. Bernie Sanders (I-Vt.) announced whether — and if so, how — he will be running for president yet? If not, stand by for news. The socialist senator from Vermont told the Associated Press on Dec. 26 that he will pick a path by March 2015.

Obamacare returns to the U.S. Supreme Court. Justices will begin to hear oral arguments in the King v. Burwell case, which basically asks if the federal government has been illegally subsidizing the president's health care law in states that have not set up their own insurance exchanges. If the court rules that the states cannot take that federal money, the law will fall apart. The mandate to buy insurance will stay, but the funds that make it affordable will disappear. And the law might not be far behind.

The federal government is funded through the end of September, but the debt ceiling needs to be raised again sometime between the middle of March, when the law comes back into effect, and the end of August, when the government would, according to most estimates, hit its self-imposed credit limit.

As incoming Senate Majority Leader Mitch McConnell made clear in November, most Republicans have no interest in risking a default — especially now that they control Congress — but as we've learned, it only takes is a few rogue lawmakers to change the game and put a panic into the global economy.

Britain goes to the polls! Parliamentary elections could yield a new prime minister, though the current one, David Cameron, figures to hang on to his job.

Sen. Ted Cruz (R-Texas) hasn't decided on a title yet, but he too has a book coming.

Sen. Rand Paul (R-Ky.), a sure bet to run for president, releases his book, Taking a Stand: Moving Beyond Partisan Politics to Unite America, right around the time most observers believe he will formally enter the race.

The first Republican presidential primary debate will be hosted by the Reagan Library in Simi Valley, California. In 2011, the first debate took place on May 5. There would be 12 more before the Iowa caucuses. Republican National Committee organizers do not want a repeat of that slapstick, so they are planning to keep the number of debates down and quality up, in theory, this time around.

By passing a $1.1 trillion spending bill last month, the federal government has guaranteed it will stay open for business until at least the end of September. A shutdown, especially as the 2016 contest is really heating up, is unlikely, but the inevitable brinksmanship could last up until the wee hours.

There is no firm date yet, but the annual Jefferson-Jackson Day Dinner will be the main event for the Democrats who decide to run for the party's presidential nomination. Then-Sen. Barack Obama's speech at the 2007 event was a massive hit. Eight weeks later, he won the state's Democratic caucuses. By the one-year anniversary, he was six days from becoming President-elect Obama.

Election Day! Mostly minor statewide battles, but a few could have significant ramifications going into 2016. Take Kentucky, where former Democratic senate candidate, Secretary of State Alison Lundergan Grimes is up for reelection. If she keeps her seat, she has vowed to make sure a law prohibiting individuals appear on the ballot twice, like Rand Paul's would if he runs for president and reelection in the Senate, stays on the books.