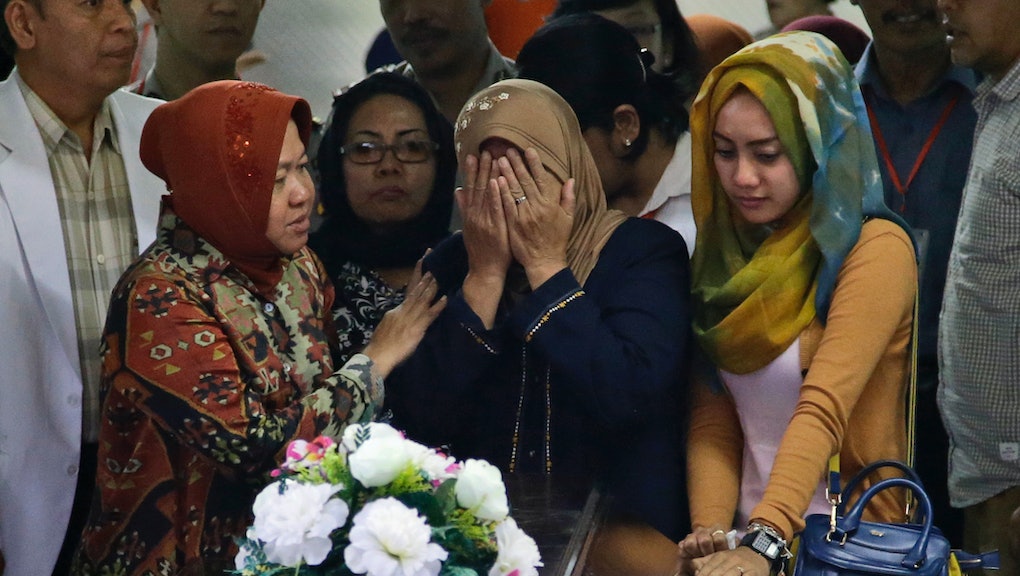 A passenger aboard missing AirAsia Flight QZ8501 became the first victim of the crash to be returned to her family Thursday, the Associated Press reports.

"[Hamid's] body, in a dark casket topped with flowers, was handed over to family members during a brief ceremony at a police hospital in Surabaya, the Indonesian city where the plane took off," writes the Associated Press. "A relative cried as she placed both hands against the polished wood. The coffin was then taken to a village and lowered into a muddy grave, following Muslim obligations requiring bodies to be buried quickly. An imam said a simple prayer as about 150 people gathered in the drizzling rain, and red flowers were sprinkled over the mound of wet dirt topped by a small white tombstone."

Searches on Thursday spanned 5,200 square miles and involved 19 ships, four helicopters and five planes, Indonesia's Search and Rescue Agency chief Fransiskus Bambang Soelisty told Reuters. A search and rescue pilot has spotted a large shadow in the sea, which rescuers believe may be the wreckage.

"I am hoping that the latest information is correct and aircraft has been found," AirAsia CEO Tony Fernandes tweeted on Thursday. "Please all hope together. This is so important."