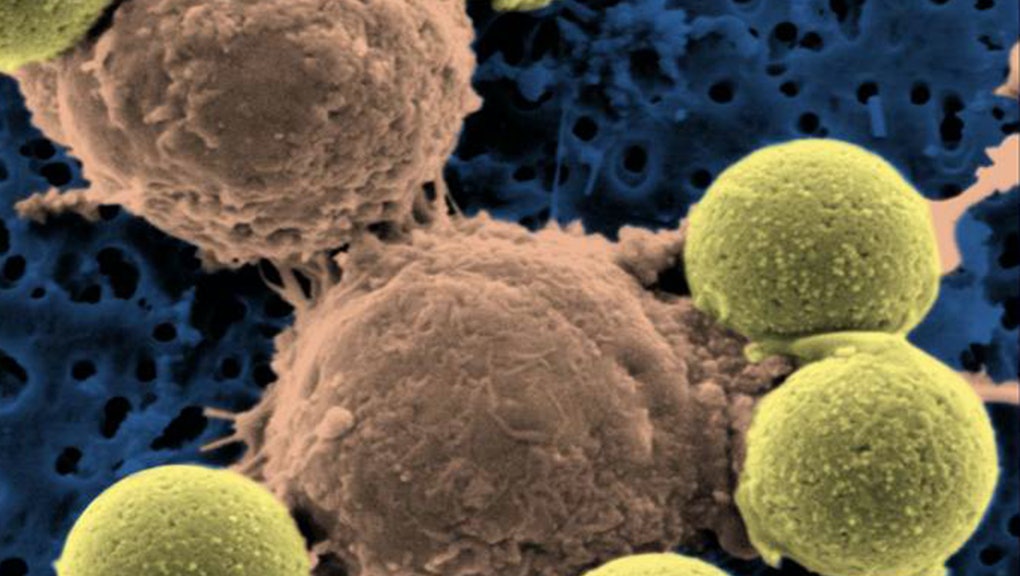 The main cause of cancer boils down to just one thing — and it's not lifestyle, diet or genetics. Rather, new research reports that most cases of cancer are simply a case of bad luck. The study, published in the journal Science, reports that random mutations that happen in cell division account for up to two-thirds of cancer cases.

The science: Researchers studied published data on 31 different types of tissue and the rates of self-renewing stem cells in that tissue. They found that "bad luck" mutations, in which a letter in DNA gets mistakenly swapped for another during replication, explained 22 out of the 31 types of cancer studied.

While scientists have long known that cancer is seen in certain types of tissues more than others, this study finally suggests an explanation for why this occurs: The more a tissue's cells divide and replicate, the more likely cancer is to arise because there are more chances for bad luck. For instance, the large intestine tissue divides four times more than the small intestine tissue, explaining why colon cancer is more widespread than cancer of the small intestine.

But what about that other third? Just because we can attribute the majority of cancer cases to bad luck doesn't mean that we can shrug off maintaining healthy lifestyles and an awareness of our genetics. While bad luck accounts for an estimated 65% of cancer cases, remaining cases are the result of "environmental factors or defective inherited genes."

Moreover, scientists say that poor dietary and lifestyle choices can exacerbate the "bad luck factor." Bert Vogelstein, a professor at Johns Hopkins University School of Medicine, told the Guardian, "This study shows that you can add to your risk of getting cancers by smoking or other poor lifestyle factors. However, many forms of cancer are due largely to the bad luck of acquiring a mutation in a cancer driver gene regardless of lifestyle and heredity factors."

So what does this mean? This study contradicts previous suggestions that 40% of cancer cases could be prevented by lifestyle changes. While changing our habits and improving our lifestyles will decrease the chances of contracting some types of cancer, it won't be as effective in tissues that are more influenced by the "bad luck factor."

In cases of bad luck, the best hope for a healthy recovery is to have the good luck of detecting cancer at an early, more easily curable stage.